Call of Duty Warfare has received a new Obsidian Camo in the latest update. Up until now, the Damascus Camo was the most difficult to attain for players. To get this camo, players had to earn the Gold camo on each of the weapons in the game. However, to get Obsidian Camo in Call of Duty Modern Warfare, you will have to unlock it for every weapon. You also have to unlock the Gold camo first and get the Obsidian camo for all the weapons separately, which is going to take a lot of time. If you’re dedicated and want to get the new camo, then you should follow this guide religiously. Let’s get started!

Get Obsidian Camo in Call of Duty Modern Warfare

The Obsidian camo is an all-black skin that makes your weapon stand out from the rest. Of course, obtaining the camo only satisfies your competitive thirst and doesn’t make the gun any better. It does offer a good camouflage to the weapon, though. As of now, this is the ultimate camo in Call of Duty Modern Warfare. Here’s how to unlock Obsidian Camo. 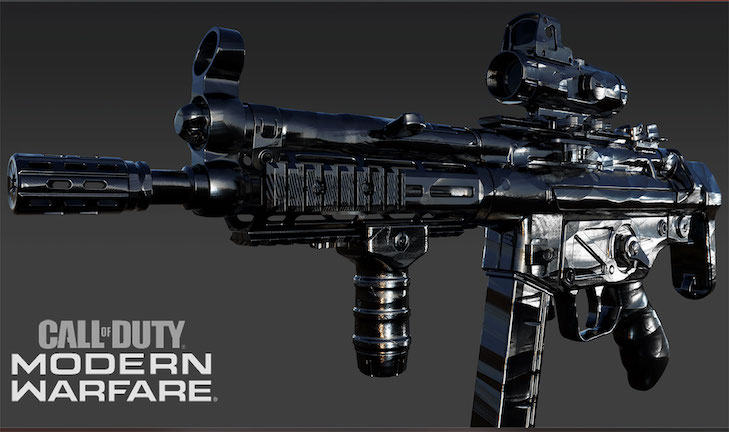 First and foremost, you will have to unlock the Gold camo for the weapon. Every time you level up on a weapon, you will receive attachments, perks, and camouflage. All weapons have different camo challenges that you must complete. You have to fight and show your skills with the weapon in Multiplayer mode. The challengers will have several tiers as well, and you will unlock different patterns for the camouflage when you’re finished with all the challenges. When you complete all 10 challenges, you will receive the Gold camo for the weapon, and each weapon category has different challenges.

Prior to the Obsidian Camo, the Platinum and Damascus camo came after Gold. Luckily, to unlock the Obsidian, you only have to get the Gold camo on the weapon. You can skip the challenges to unlock the other two camo. However, if you’re a die-hard camo collector, you will end up collecting all.

After you’ve unlocked the Gold camo for the weapon, you can get the Obsidian camo. Here are the criteria that you need to complete to get this new camo.

There you are. That’s how to unlock Obsidian Camo in Call of Duty Modern Warfare. It’s not easy, and it will definitely take thousands of matches to have the camo for all your favorite weapons. It is definitely a challenge, and if you’re up for it, the camo is yours. Are you going to take the challenge, or are you fine without any camo? Let us know in the comments below.