The beauty of Android lies in the fact that no device is never left out from the scene just because it did not receive the latest system update. With that said, Android’s open-source nature has always made it possible for ROMs to be ported and made available on any device unofficially. This happens when a phone does not get a system update officially. Same is the case with Samsung Galaxy J7 Prime. In this guide, we bring you the One UI based Android Pie Ported ROM for Galaxy J7 Prime.

Yes, you heard it right. Recently Samsung successfully rolled out the all-new Android Pie update for its newer flagships such as the Galaxy S9 Plus, Galaxy Note 9, etc. However, the older flagship Galaxy J7 Prime were obviously left out as they had been in the scene for over three years now. So, as the rule of thumb goes we see that a device receives major system upgrades within two years of its release. Already a lot of previous years flagship were on the line to receive the Pie system update. Not to mention the upcoming mid-range phones are also in the line to taste the Pie.

Amidst all this, an older device tends to be ignored by the OEM even though the device is working and used by many. This is where unofficial developers break-into the scene and ported the OneUI Android Pie for both Galaxy J7 Prime. This ported ROM goes by the name PrometheusOneUI. This ROM port is possible due to XDA developer Kill-Switch. So, kudos to his work. 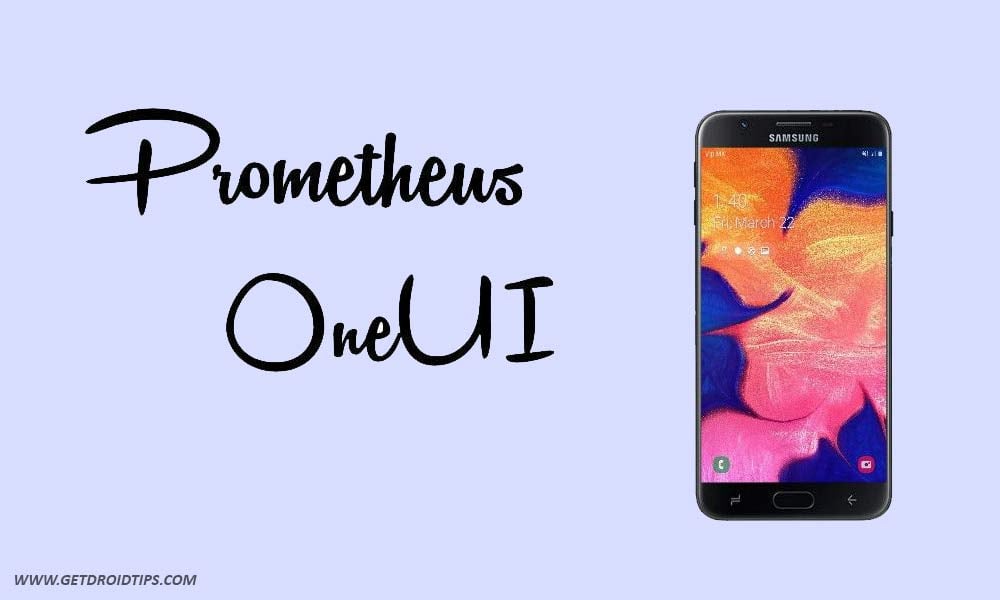 Well, the PrometheusOneUI Android Pie ported ROM for Galaxy J7 Prime is in its beta phase. According to the developer, there are a few issues which you face after you install the ROM. However, these are not serious though. You have to manually turn on the Wi-Fi after each reboot. Also, you cannot enable Bluetooth if Wi-Fi is running. So, first, enable Bluetooth and then go for the Wi-Fi.

We have shared the ROM download link below along with basic installation guide. That should help you out. The installation process requires you to flash the ROM via TWRP. It will be a clean flash which means you have to wipe your device data. We have detailed the whole process out, so do check it out.

Features and Bugs of PrometheusOneUI:

Here is the download link for the PrometheusOneUI Android Pie ported ROM for Galaxy J7 Prime.

How to Install the ROM

Before beginning to install the ported ROM, you have to keep some guidelines in the mind. Check out the section below to understand better.

GetDroidTips will not be responsible for bricked devices or hardware/software related issues happening due to third-party ROMs. Install the ROM at your own risk.

Step-2 Copy the ROM to device storage such as External SD card.

Step-5 Agan from the TWRP Menu tap on Install.

Step-6 Browse and select the ROM zip file from the folder on your device.

Step-7 Swipe to confirm and install the ported ROM.

Now, after the ROM installation completes your device will reboot. That will take a couple of minutes. so, have some patience while it happens.

Congrats..! Now you have successfully installed Android Pie ported ROM for Galaxy J7 Prime. Enjoy the Pie treat. We hope that this guide was useful to you.