OnePlus is rolling out a brand new beta update for OnePlus 6T. The new OxygenOS Beta 33 brings the December 2019 security patch and many new features for the device. In fact, it also brings the fix for some regular bugs and improves the stability of the device.

After upgrading to the Oxygen OS Beta 33 the Reading Mode now provides an option to choose from two effects, Chromatic and Mono. We already had the Mono effect by default which completely greys out the screen. So, the screen content becomes black and white thus easing the strain on the user’s eyes. With the Chromatic Mode, the display contents will be partially greyed out thus providing a soothing visual experience.

Selecting the Reading Mode should show something like this after stepping the 6T to OxygenOS Beta 33. Here is a screenshot from my device.

For the Emergency Rescue, new options have been provided. Users can either keep the SOS disabled or decide how to trigger the feature. This means a user can set it in two ways. If the Power button is successively pressed for 3 or 5 times the SOS emergency call will initiate. 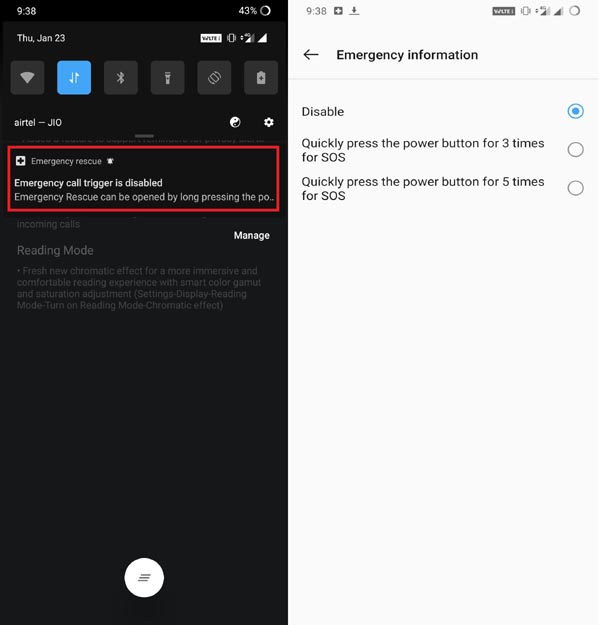 After installing the new update users can see a tiny yin-yang symbol in the notification center. Tapping on it would give the user select between Work Mode and Life Mode. Selecting anyone can provide the user with a list of app. Checking the box beside the app would block the notification from those apps.

Obviously, the user has to schedule a time limit(both modes) until which the selected apps and its notifications will not bother him. Here is a collection of screengrab from my 6T demonstrating the new feature. 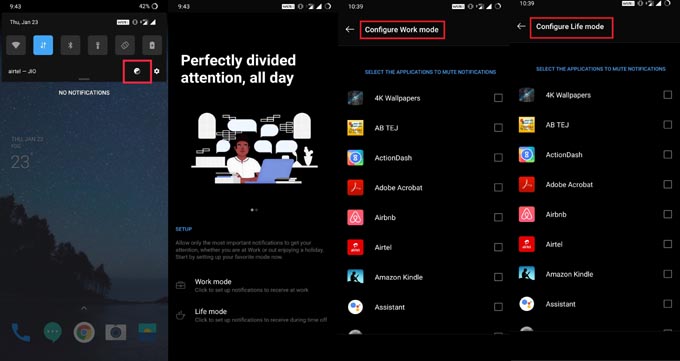 If you have registered your 6T with the beta channel then you should receive it soon. Otherwise, you can manually check for this update. Go to Settings >  System > System Updates. The device should show up the new update with the changelog. This beta update weighs 220 MB as you can see from the screengrab below. So, we recommend you to use Wi-Fi to download it. Also, have sufficient charge on your battery before installing the new update.

So, if you own the OnePlus 6T, then do not miss out on the beta if you are in the beta channel. Install and enjoy. Currently, under the stable channel, OxygenOS 10.3.1 is also rolling out to the OnePlus 6/6T.