Just like the last year, Samsung has continued its excellence in providing the software update to its eligible devices from entry-level to flagship models even in 2020. Currently, the OneUI 2.1 is now live for the Samsung Galaxy Note 10 Plus in Germany. Samsung’s One UI is one of the best custom skins available in the market. Most importantly, the One UI generation has changed the game for Samsung Galaxy devices from Android 9.0 Pie. While the latest One UI 2.0 version is based on Android 10.

Now, the company has started pushing the latest One UI 2.1 skin version for the eligible devices which is a more refined version with improved system stability, faster app launches, smoother transition animations, plenty of other bug fixes, and more. Now, talking about the OneUI 2.1 update, Samsung has also confirmed that both the Galaxy Note 9 and Galaxy S9 lineup devices will soon receive it. The unlocked variants of Galaxy Note 10+ in Germany are lucky enough to receive this update.

Meanwhile, the Samsung Galaxy S10+ German variant users are also getting the latest OneUI 2.1 update that brings AR Emoji, Pro Video mode, 4K video recording @60fps using the selfie camera, Quick Sharing, Music Share, etc. Right now, the Galaxy S10, Note 10, and all the Lite models are also receiving most of the One UI 2.1 features via OTA. As the OTA update is rolling out in a phased manner, it can take some time to hit all the units completely. So, always check for OTA updates on your handset manually. 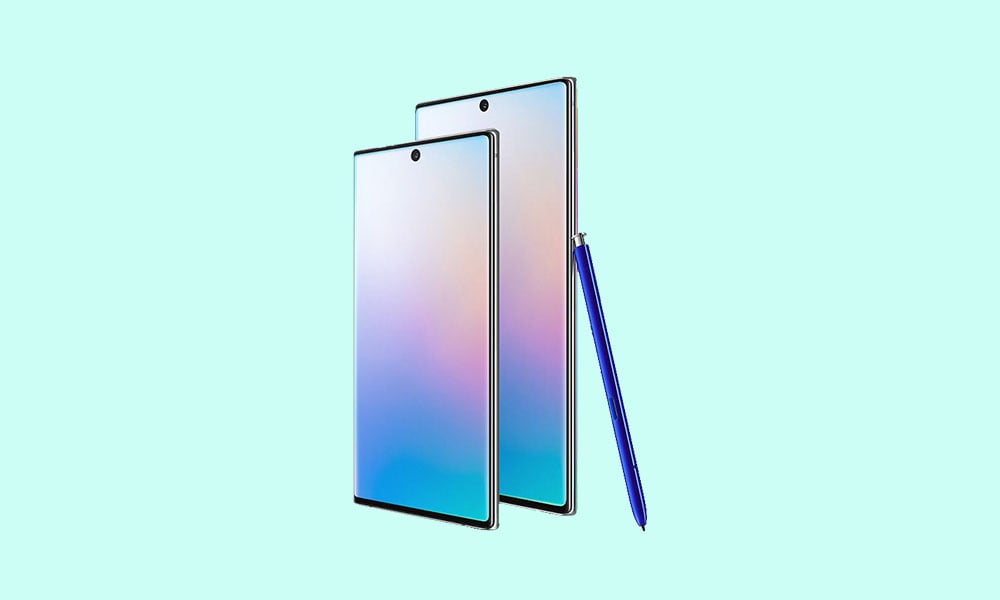 Now, talking about the OneUI 2.1 update for the Samsung Galaxy Note 10 Plus German variants, it bumps up a new software version having CTC9 & CTC7 with April 2020 Security Patch and weighs around 1.7GB in size. This new security patch update brings increased system security and stability. Now, without further ado, let’s jump into the full update changelog below of the One UI 2.1 skin.

As there are no download links available for the OneUI 2.1 Galaxy Note 10 Plus yet, you have to wait for the official OTA update notification. Till then, stay tuned for more info.