The last few months of this year has been a season of updates. With a lot of updates rolling out from various manufacturers, it has been a season with a lot of discussions included in the Android community. Although the start of these discussions was the Android 8.0 Oreo, there is something better to say for the Xiaomi device users. This is nothing but the latest MIUI 9 updates which recently rolled out for all Xiaomi devices. Although coming out with a lot of new features and improvements, one thing every Xiaomi user will point out as the best in the update is the addition of split screen feature. This article will guide you through the steps to open apps in split screen on the new MIUI 9 devices.

The split-screen feature is nothing new on an Android device, and it came up with the Nougat update itself. But for some reasons Xiaomi devices running in Nougat didn’t had this feature added to them. This is finally being resolved by Xiaomi with the new MIUI 9 update. And this is why it is considered to be the best thing about the MIUI 9 update by many Xiaomi users. 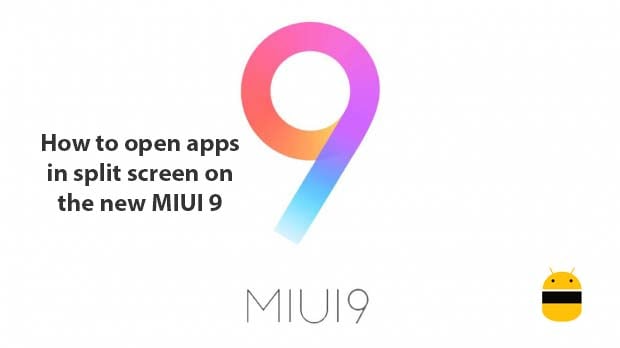 The split-screen feature is something which increases the multitasking ability of your smartphone. This feature let you use two apps simultaneously on one screen. When used the screen will be divided into two, and two apps will be shown on the two divisions of the screen. You also have an option to increase the space taken by apps simply by moving the divider.

The steps to open apps in split screen on an MIUI 9 running device are:

How to exit split screen

I hope this guide was useful in understanding how to open apps in split screen on the new MIUI 9. If you have any queries or feedback, please leave a comment below.