Google started rolling the latest update of Android security patch for January 2018 for Nexus and Pixel supported devices. The update has started to roll as we speak. For Nexus 5X and Nexus 6P, the software version bumps to OPM3.171019.013. Now you can install the January 2018 Security patch update on Google Nexus 5X and Nexus 6P by either OTA (Over the air) or via flashing the factory image given below. 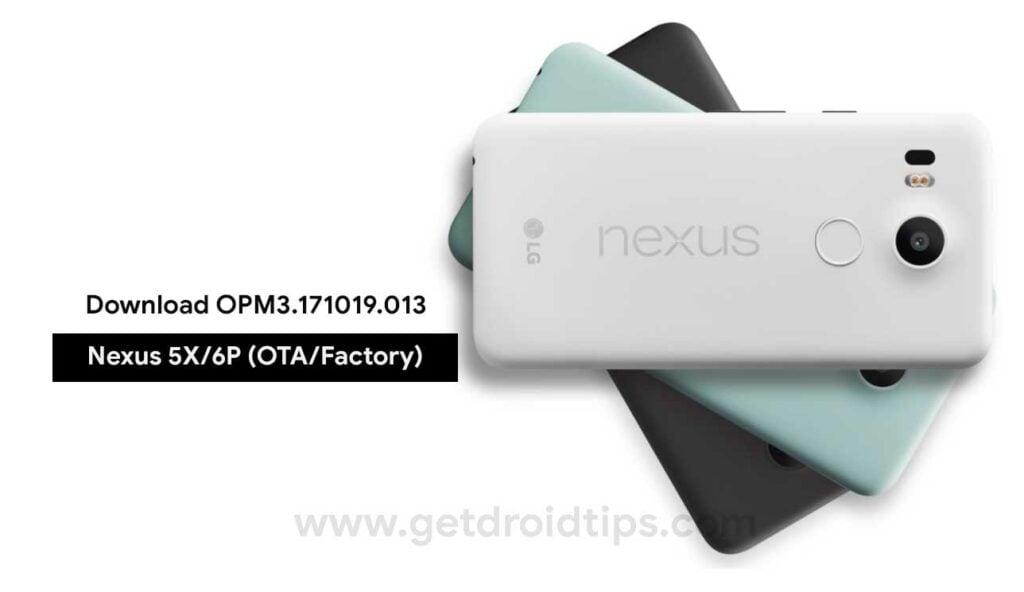 In case if no update has been received, then don’t get panic. Here we have shared both the OTA and Factory image for the build OPM3.171019.013. Now you can download the OPM3.171019.013 January Security patch update for Nexus 5X and 6P. Follow the below step by step instructions to update Pixel 2 to January Security Patch for 2018. So what are you waiting for? Start the upgrade process to keep your device safe from the malware and security breach.

Here we have used the same adb sideload method to flash the OTA file. This method is recommended. Still, you need to read carefully before flashing the device. We are not responsible for any damage or cause. We already wrote an article on How to flash using ADB Sideload command.

We don’t usually recommend this method to a newbie. So make sure you know what you are doing. Follow the pre-requisite before trying this method. With this method, you can flash the full factory images on your Nexus 5X and 6P.