Previously, We reported that a Chinese smartphone company planning to launch its latest budget range smartphone in the Indian market called Oppo A3s. Yesterday, the company made it official at the launch event. The Oppo A3s is a rebranded and cheaper model of the Oppo A3 which launched a few months ago in China. 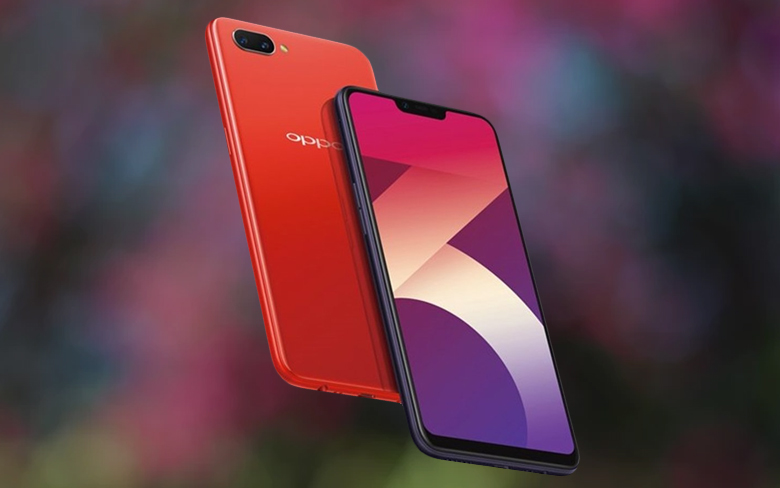 Oppo A3s comes with 6.2-inch IPS display that supports 1520 x 720 pixels of resolution and offers tall 19:9 aspect ratio. It has 2.5D curved glass that protects the screen from accidental scratches. There is a notch design on top of the display that carries a front camera, it supports 88.8% screen-to-body. The phone powered by Octa-Core Qualcomm Snapdragon Processor under the hood which clocks at 1.8 GHz. There is Adreno 506 GPU for better graphics experience.

The A3s has 2 GB of RAM and 16 GB internal storage, the phone also comes with micro SD card slot on board which supports up to 256 GB external storage. There dual camera sensors on the back side of the phone along with LED flash. 13-megapixel main camera with f2.2 aperture and 2-megapixel secondary camera with f/2.4 aperture. On the front side, there is an 8-megapixel camera with f/2.2 aperture and supports AI Beauty effects for selfies and video calls. It comes with pre-installed Android 8.1 Oreo along with Color OS 5.1 UI running on top. The phone packed with Non-removable Li-Ion 4230 mAh battery under the hood.

In terms of connectivity, the Oppo A3s comes with dual SIM, 4G VoLTE, Wi-Fi 802.11 b/g/n, WiFi Direct, hotspot, Bluetooth 4.2, A2DP, LE, GPS with A-GPS, Micro USB 2.0 port and 3.5 mm audio jack port. There are an accelerometer, proximity, compass sensors. Unfortunately, there is no fingerprint scanner available on the phone. It available in Red and Dark Purple.

A Chinese smartphone manufacturer launched the Oppo A3s in India at the Rs.10,999 (around $161) price tag. It will available on Flipkart, Amazon India and Paytm. You can also buy this phone from offline stores too.