We know the trait of the Chinese smartphone manufacturers. They release the same device in different regions with various names. The same may be the fate of the latest Oppo R17 Neo which marked its entry in Japan as the country’s first ever phone with an in-display fingerprint sensor. Erstwhile, the same device was spotted on a Bluetooth certification site and recently on a benchmarking forum. This device spotted on geekbench goes by the model number Oppo CPH1893. 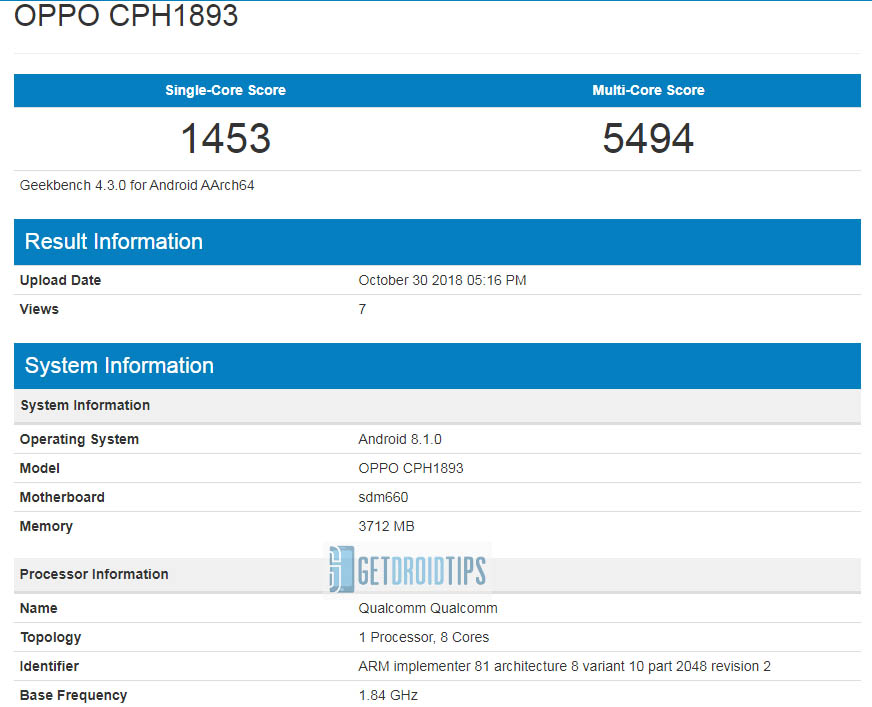 This is the exact model number of the new Oppo R17 Neo. So, we think, the same device is going to be available in other regions by the moniker Oppo r17 Lite. The nomenclature with suffix Lite was recently spotted on a Bluetooth certification website with the same model number Oppo CPH1893.

The mysterious Oppo CPH1893 which may be the alleged R17 lite reveals to pack 4 GB of RAM and Snapdragon 660 SoC. Also, this device will run Android 8.1 Oreo out-of-the-box. As it’s an Oppo device, it will have the ColorOS 5.2 over the usual Android OS.

If both are the same device and a Lite version exists, then it will have similar specs as of the Neo. R17 Lite may sport a 6.41-inch AMOLED display with Full HD+ resolution. In the camera section, the rear panel may come with a 16+ 2-MP dual camera setup. It may team up with a 25-megapixel front-facing camera. It may have a battery of 3,600 mAh battery. These specs are just a guess and not official. However, if you are an Oppo fan, then watch out for the alleged R17 Lite.