Though at this time of writing this article, the Android 10 version is quite old enough (around six months), some of the smartphone manufacturers are still trying to find ways to push the Android 10 stable update to plenty of its eligible devices and Oppo is one of them. Even the newly launched Oppo F15 device came with Android 9.0 Pie (ColorOS 6.1) out-of-the-box with the Android 10. But no worries. Now, you can check out the Oppo F15 Android 10 with ColorOS 7 Update Tracker.

Oppo has released its ColorOS 7 early adopters program for a couple of devices like Oppo Reno, Reno 10x Zoom, Reno2, F11 Pro series, Find X lineup, R17 lineup, A9, Reno Z model. All of these models are getting trial version updates in an incremental way. Meanwhile, the company has also mentioned that the March to June 2020 will be a quite busy schedule for the Oppo as plenty of devices will gonna receive ColorOS 7 (Android 10) update. 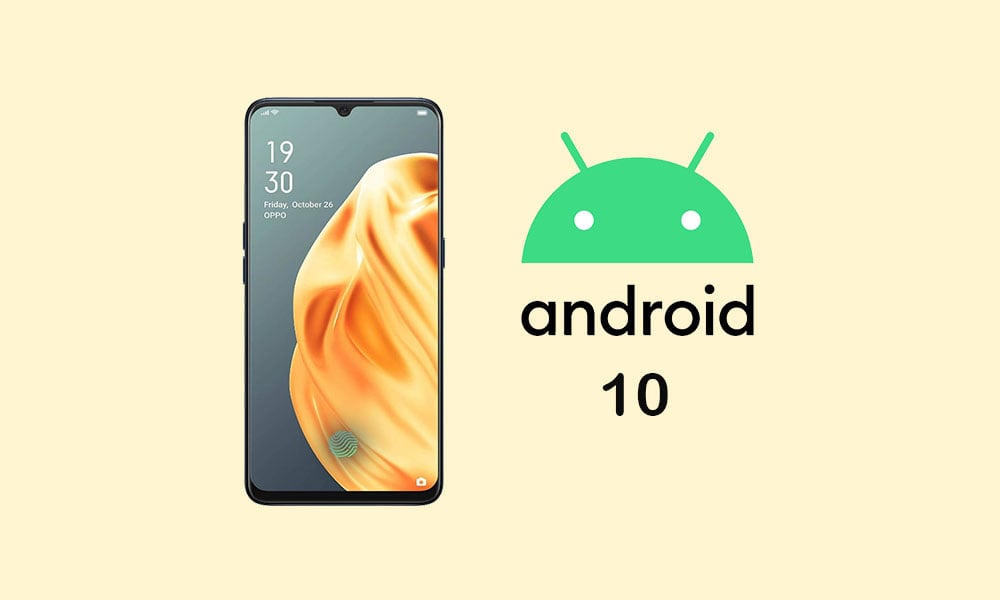 Updated on July 26, 2020: As mentioned, Oppo has finally started rolling out the Android 10 stable update to the Oppo F15 model in plenty of regions. The company has announced the new update via the ColorOS community globally. The new firmware update has started arriving in users in Thailand, Nepal, India, Bangladesh, Pakistan, Myanmar, Sri Lanka, Vietnam, Russia, Kazakhstan, etc.

The stable version is rolling out with the build number of CPH2001PUEX_11_C.11 for the Oppo F15 model and it should be running on the software version CPH2001PUEX_11_A.33 to get detected the OTA update easily. All the interested users are recommended to check for the OTA update via the device Settings. For further queries, let’s have a look here.

Updated on July 23, 2020: All the Oppo F15 Indian variant users should start rejoicing as the Oppo India Customer Care has officially confirmed on Twitter handle that the stable Android 10 update with ColorOS 7 will start rolling out from tomorrow (July 24, 2020). For a few weeks, the OEM has been testing out the ColorOS 7 beta build with the participated users. Now, it’s time for the official stable release.

Hi Sam, we'd like to inform you that the stable update of ColorOS 7 for OPPO F15 will be releasing tomorrow. Please stay tuned with us!

However, there is no further information mentioned yet and we can expect that not all the Oppo F15 Indian variant users will gonna receive the stable Android 10 update (ColorOS 7) at the same time. Oppo always pushes firmware OTA updates in a phased manner and once the update seems stable enough with no major bugs, the broader roll-out process will start soon. Keep an eye on this article for all the latest info.

Updated on July 1, 2020: Good news for all the Oppo F15 users as the ColorOS 7 Beta update based on Android 10 has been started and the first batch of beta recruitment is going on in China. The quota for the beta recruitment process has been increased from 2,000 people to a huge 50,000 people. It’s really a big number for the first batch of beta updates.

The recruitment channel opened from June 30, 2020, and the OTA update roll-out process will arrive in batches. Keep in mind that in order to receive the ColorOS 7 beta update on your Oppo F15 device, your mobile version needs to be updated to C.16/C.17 respectively. For more details, check this link.

Updated on June 14, 2020: According to the Oppo’s update timeline, the Oppo F15 Android 10 with ColorOS 7 update has been released yesterday on June 13, 2020. The first batch of the ColorOS 7 early adopters program for the Oppo F15 is now live in India. All the interested users can apply for the beta testing but the handset should run on the C.07 version.

There will be 2,000 people recruited for the first quota and then the company will release another quota for the second batch update. Meanwhile, you can also apply for the beta testing from the Settings > Software Updates > Tap on the settings icon in the upper right corner > Tap on Trial Version > Fill in the required information > Select the checkbox and tap on Apply Now. Once the company selected the beta users, all of them will receive the OTA update within 3 days.

The Oppo F15 device users will start receiving the ColorOS 7 Android 10 trial version in June 2020 along with the R15 series models. So, all the interested Oppo F15 unit users can apply for the beta recruitment program whenever released. Once the Android 10 beta application selected by the company, the limited number of users can become beta testers and would get the Android 10 update accordingly.

#ColorOS fans, rejoice! 🎉
Now that March is here, we understand that many fans have been waiting for more #ColorOS7 + #Android10 trial version batches.
Check our Q2 plan and stay tuned for more announcements!
How to apply👉save it for future use：https://t.co/nDQhBfcnXC pic.twitter.com/JJ244dScW6

The handset is backed by a 4,025mAh battery with 20W fast charging support (50% charge in 30 minutes). It packs an optical in-display fingerprint scanner, an accelerometer, gyroscope, proximity, compass, an ambient light sensor. The device has a dual Nano-SIM slot and available in two color options like Lightening Black, Unicorn White.