Today, a Chinese smartphone unveiled the new smartphone officially in the Philippines, Taiwan, called Oppo F9. Later, the company will launch the phone in other Southeast Asin markets, including Indonesia, Malaysia and Thailand. In India, the Oppo F9 expected to launch as Oppo F9 Pro smartphone. The F9 is a successor of the Oppo’s F7 smartphone which launched earlier this year with notched design on top of the display. The Oppo F9 comes with a smaller V-shaped drop like notch and the company called the new design is waterdrop display. The notch only carries the selfie camera. The phone also comes with more amazing features on board, including color-changing appearance, VOOC flash charging and AI driven selfie camera.

The F9 comes with gradient paint job and available in three color options, including Sunrise Red, Twilight Blue and Starry Purple. The first two color variants feature diamond-like pattern on their back panel while the Starry Purple variant speckled with gold “stars”. The body dimensions of the phone are 156.7 x 74 x 8 mm and it weighs 169 grams. 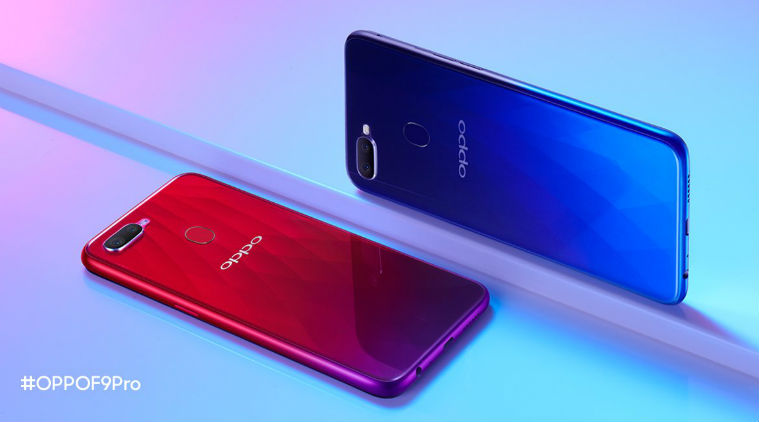 Oppo F9 smartphone comes with 6.3-inch LTPS IPS LCD display that supports 2340 x 1080 pixels of resolution. The display of the phone also offers 19.5:9 aspect ration and solid 450 nits of brightness. The phone comes with 90.8% screen to body ratio and supports around 409 PPI density. The F9 screen is one of the first phones that protected by Corning Gorilla Glass 6, just like the Oppo R17. 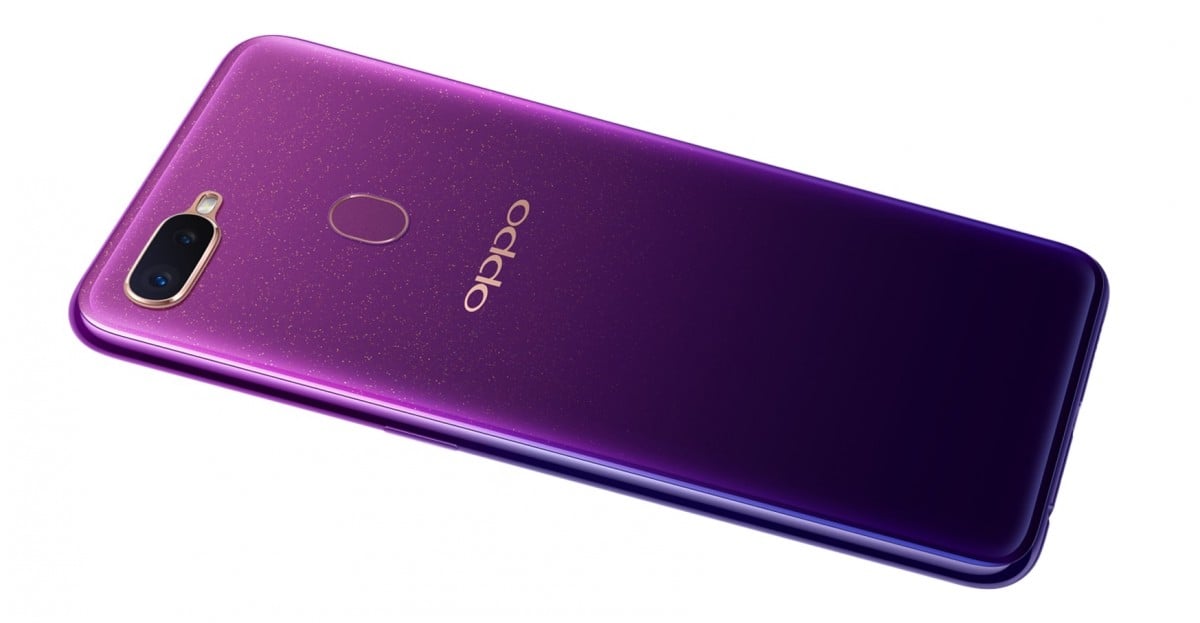 A Chinese smartphone powered by the Octa-Core CPU under the hood which clocks at 2.0 GHz. It has same MediaTek MT6771 Helio P60 chipset that powered Oppo F7. But this chipset specializes in AI tasks. The company announced the phone with 4 GB of RAM and 64 Gb internal storage. But the company also said that in some other markets, the phone will have 4 GB and 6 GB RAM variants. Both the variants will have 64 GB internal storage on board. There is a micro SD card slot also available on board that supports up to 256 GB external storage. It runs on Android 8.1 Oreo operating system out of the box along with ColorOS 5.1 UI running on top. For the graphics, the company placed Mali-G72 MP3 GPU on board.

The smartphone is packed with Non-removable Li-Po 3,500 mAh capacity battery inside the body that supports VOOC flash charging feature. You can charge the phone via micro USB port. At the launch event, the company claimed that the phone will deliver 2 hours talk time back up in just 5 minutes charging. The company added 5 levels of protection in Vooc from the adapter to the charging port and internals of the phone that prevent overheating while charging the Oppo F9. 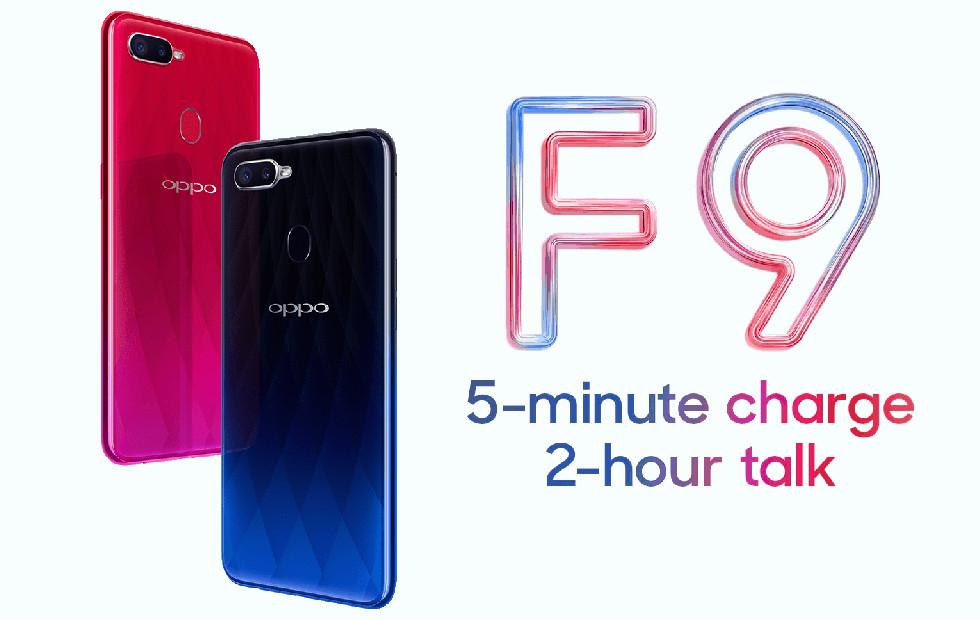 In terms of photography, the F9 featured with horizontally placed dual camera sensors on the back side along with LED flash, HDR and panorama. There is a 16-megapixel main camera with f/1.8 aperture and 2-megapixel secondary camera for bokeh effects with f/1.8 aperture. The camera app also supports recognition of 16 scenes and object, including food, grass, night, indoor, dog, sunset, scenery, snow and many others. On the front side, there is a 25-megapixel front camera with f/2.0 aperture for taking selfies and video callings. The front camera comes with hardware support for HDR and AI features. 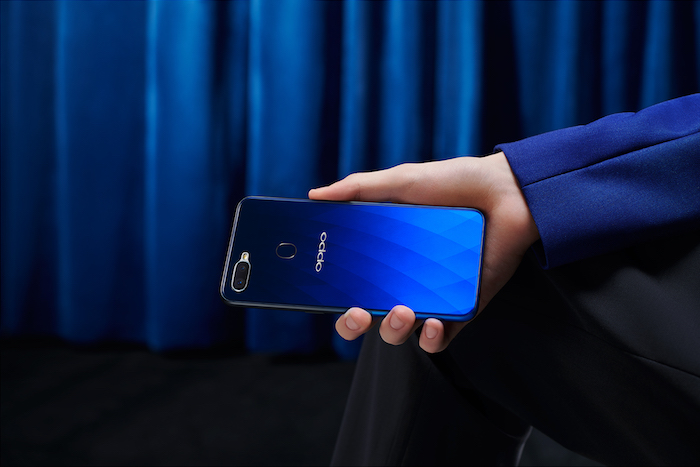 In terms of connectivity, the Oppo F9 comes with dual-SIM, 4G VoLTE, Wi-Fi 802.11 a/b/g/n/ac, dual-band, WiFi Direct, hotspot, Bluetooth 4.2, A2DP, LE, GPS with A-GPS, FM Radio, micro USB 2.0, USB On-The-Go, 3.5mm audio jack port. There is a fingerprint scanner on the back side of the phone. It also comes with accelerometer, gyro, proximity and compass sensors.