A couple of weeks ago, three new smartphones from Oppo spotted on TENAA, PBCM10, PBCT10, and PBCM30 model number. All three phones will have in display fingerprint scanner feature and gradient design color. The three spotted smartphones are variants of one new smartphone that could launch as an Oppo K1. Now, one of the model numbers appeared on Geekbench and reveals some specs of the phone. 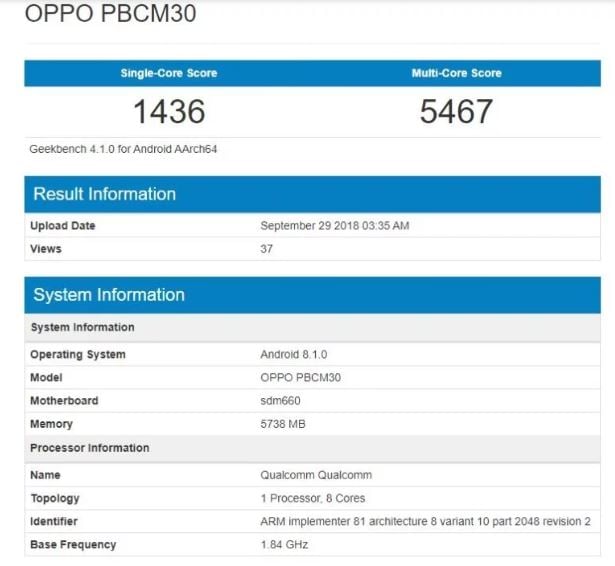 The appeared smartphone comes with Oppo PBCM30 runs on Android 8.1 Oreo operating system. It powered by Octa-Core CPU under the hood which clocks at 1.84 GHz along with Qualcomm Snapdragon 660 processor. The phone also has 6 GB of RAM on board. It scored 1436 points in single core test and 5467 points in multi-core test.

According to TENAA, the Oppo K1 (Oppo PBCM30 model number) will comes with 6.4-inch AMOLED display that supports 2340 x 1080 pixels of resolution. The Oppo F8 also comes with the same screen resolution, we can expect that the new Oppo K1 will also have waterdrop notch design on top of the display. The phone will have dual camera sensors on the back side, 16-megapixel and 2-megapixel camera. On the front side, it will have a 25-megapixel camera for selfies. It will come with 3500 mAh capacity battery inside the body. 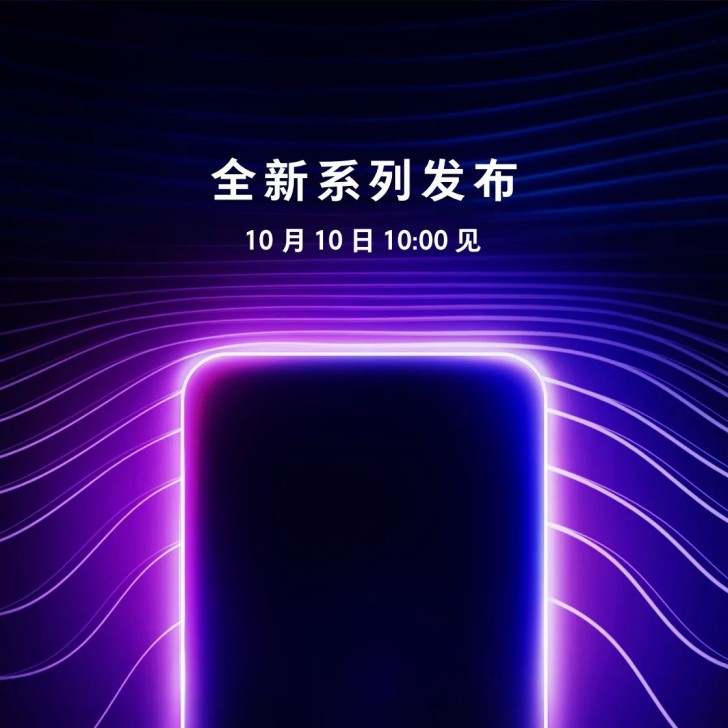 This is Munendra Rathore, a tech enthusiast. I love keeping myself updated with the latest technologies, mainly smartphone and software. I also have a keen interest in Photography, Fitness, and Knowledge Sharing.