We all know that the Oppo R17 is the company upcoming smartphone. Recently, the phone appeared on TENAA and revealed images and some of its specifications. Now, a full specifications sheet of the R17 phone shared on Weibo by a leakster from China.

According to the leaked image, The Oppo R17 will come with 6.4-inch AMOLED display that supports 91.5 % screen to body ratio. On the screen, it will have a Corning Gorilla Glass which protects it from accidental scratches. However, there is no word about the version of Gorilla Glass, but there are speculations that the phone will come with sixth generation Gorilla Glass protection. The phone will also come with under display fingerprint scanner feature. It will available in Stream Blue, Neon Violet and color gradient Fog color option. 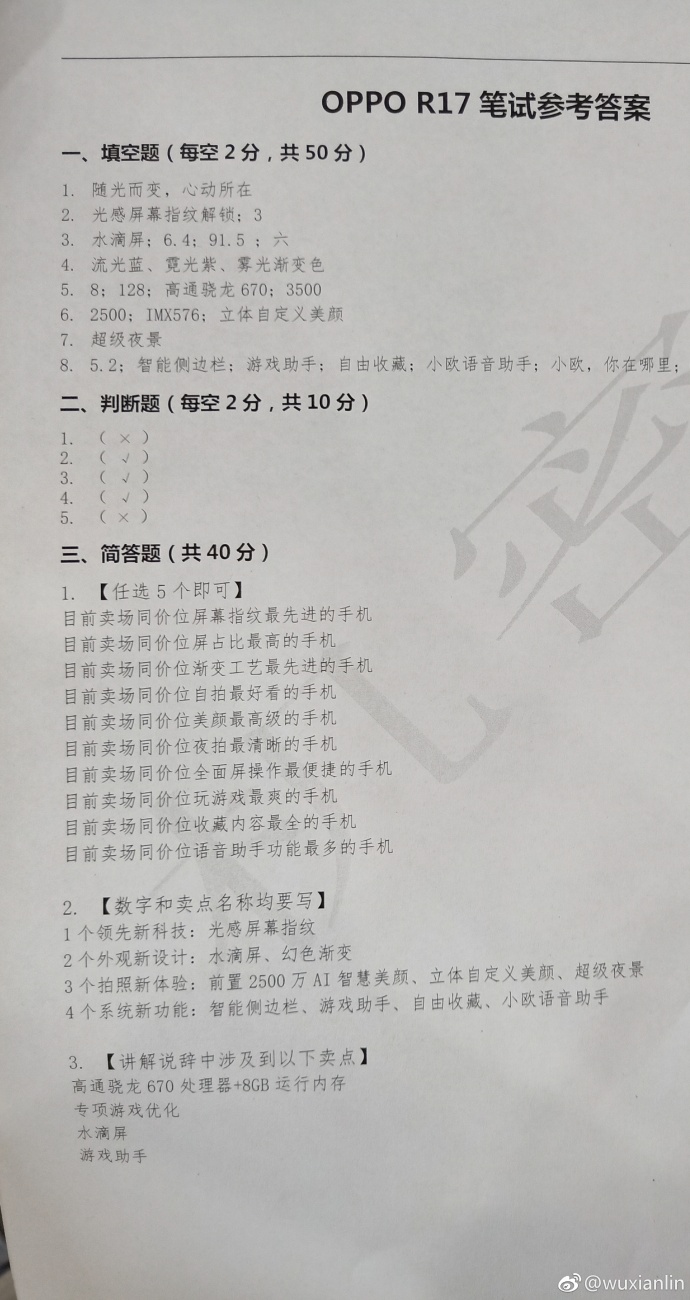 Oppo R17 will come with 8 GB of RAM and 128 GB internal storage on board. It will run on Android 8.1 Oreo operating system out of the box along with ColorOS 5.2 UI running on top. The Phone will pack with 3,500 mAh capacity battery inside the body which will support VOOC flash charging charger through USB-C. The R17 will feature with dual camera sensors with Super Night Mode on the back side, 16-megapixel main camera and 5-megapixel secondary camera. On the front side, It will have 25-megapixel Sony IMX576 camera for selfies with support for AI and 3D Portrait.

Recently, The phone appeared on TENAA and it shared some images of the phone. But there was no info about the specs of the Oppo R17. We are expecting that the TENAA will be listing the specs of the phone soon with all the info. Then we can be confirmed that these leaked specs sheet of the phone is real or fake. The R17 smartphone expected to unveil end of August or early September.