You landed up to this article with a question that what is the status from Oppo to push the Android 11 to the newly launched Oppo Reno 4 5G. Well, then go through this article, and by the end of the article you will be able to clear all the doubts regarding Oppo Reno 4 5G Android 11 (Android R) Update Status, either it is Android 11  official update or Android 11 Beta update. 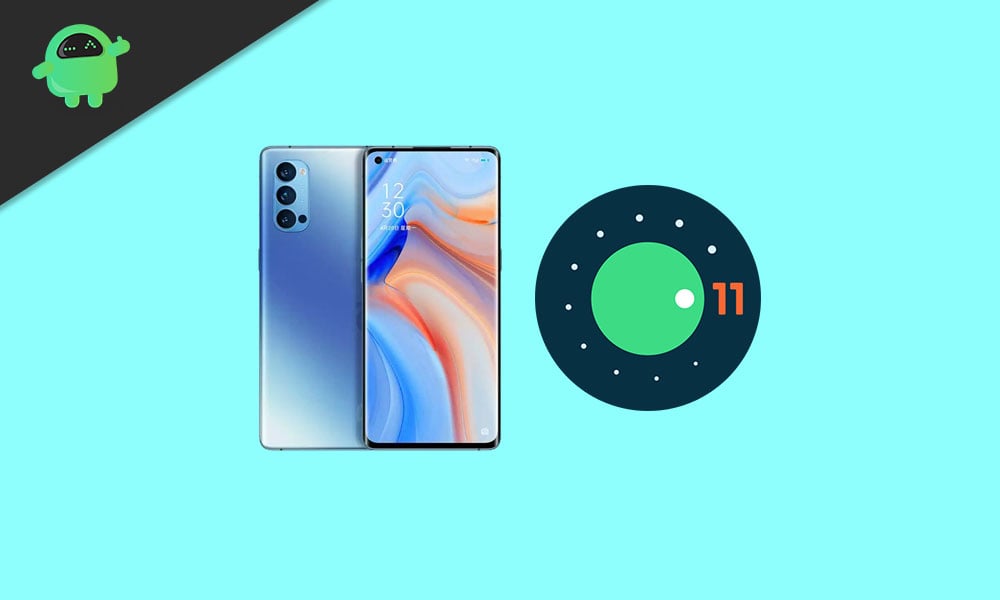 The Oppo Reno 4 5G comes with a huge 6.43-inch display, and it has a resolution of 1080 x 2400 pixels. It has a punch-hole AMOLED display with 409 PPI. This device is powered by Qualcomm Snapdragon 765G chipset. In addition, It has 8 GB of ram and 128 GB of internal memory, but the memory is not further expandable.

This is a dual SIM phone with NANO SIM slots. It supports 4G as well as 5G. The Oppo Reno 4 5G has a LED flash, and a total three rear camera, which is 48 MP + 8 MP + 2 MP. This device has two front cameras which are 32 MP + 2 MP. The device has a 4000 mAh battery with VOOC quick charge support. The device has various sensors like Accelerometer, Compass, Gyroscope, Light sensor, Proximity sensor. For security, it has an inbuilt fingerprint sensor.

Updated on November 28, 2020: Today Oppo officially started the ColorOS 11 beta program for the Oppo Reno 4 5G in Australia. The company set the quota for 2000 users only. All users who sign up for the beta program must be running the software version A.31 on their device.

Regarding the official Android 11 Update for Oppo Reno 4 5G, there is nothing to worry about, the device will surely receive the update. According to Oppo, almost every Oppo device gets at least 2 major software updates. Since Oppo Reno 4 5G was launched with Android 10, it will get the next 2 major versions of their software i.e., Android 11 and Android 12.