As the title suggests, here we’ll gonna discuss with you all the possible information about the Oppo Reno A and Reno Z Android 11 Update Status that we know so far. Both the Oppo Reno A & Reno Z models were launched in 2019 as the mid-budget segment smartphones by Oppo. These two devices came with Android 9.0 Pie on the top of ColorOS 6 out-of-the-box and have already received the official stable Android 10 update over ColorOS 7. Now, users are eagerly waiting for the Android 11 (R) ColorOS 8 update to release for both these devices.

It’s worth mentioning that Google has already released the Android 11 Public Beta version in June 2020 and recently has released the 2nd beta build as well. While the official stable Android 11 will gonna release in September 2020 most expectedly. So, if you’re also one of the Oppo Reno A or Reno Z users and waiting for the upcoming official Android 11 update on your model, then this article is for you.

However, if you can’t wait further to get an early taste of the Android 11 on your device, here you can find the full guide on how to flash Android 11 GSI build on any Project Treble Android devices. Now, before heading over to the update status, let’s take a closer look at the Android 11 and ColorOS 8 details below. 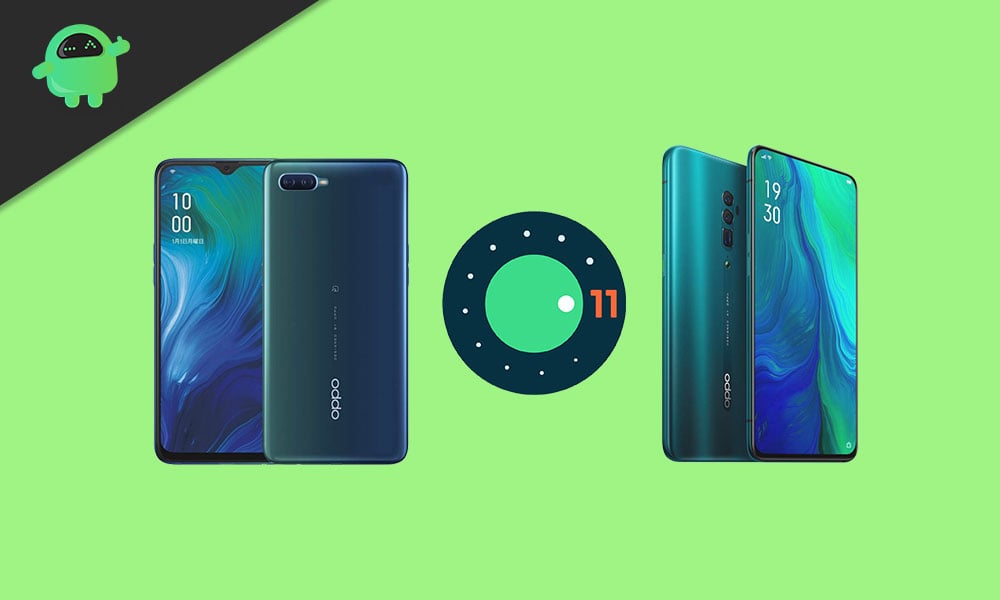 As the name suggests, ColorOS 8 is the successor version of the ColorOS 7 that can be released in November 2020 most probably. It will be based on Android 11 goodies along with some design changes that will gonna change the look and feel of the new custom skin.

The upcoming ColorOS 8 version will run on all the upcoming and eligible Oppo devices respectively. The all-new skin version will have plenty of improvements and features that we’ve mentioned below in brief.

Therefore, it’s quite expected that both the Oppo Reno A/Z users should get the ColorOS 8 (Android 11) update either in Q4 2020 or later. However, there is no official announcement available yet. We may have to wait for further confirmation as well as the official ColorOS 8 (Android R) update roadmap for the eligible Oppo devices after the release of the Android 11 official stable version in September 2020.

We will keep updating this article with more updates and reports whenever available. You can always bookmark this page on your browser in order to quickly access all the latest info. Till then stay tuned.