All three Oppo Reno2, Reno2 F, and Reno2 Z devices came with Android 9.0 Pie on the top of ColorOS 6 preloaded in 2019. These three models are one of the mid-budget category smartphones from Oppo that offers pretty good hardware specifications along with best in class cameras. It’s worth mentioning that all three models have already received the official ColorOS 7 update based on Android 10. As the Android 11 is all set to release in a couple of months, the Oppo Reno2, Reno2 F, and Reno2 Z users are eagerly waiting for the Android 11 update. Are you also one of them? Let’s take a look at the status tracker.

As mentioned, Oppo will gonna release ColorOS 11 based on Android 11 by Q4 2020 or later for its plenty of eligible devices. Google has already released the Android 11 Public Beta version in June 2020 and recently the 2nd beta builds also arrived for the Google Pixel devices. Additionally, all the interested users can also flash the official Android 11 GSI build on Project Treble Android devices (Android 8.0 or above).

If you want to know whether your Oppo Reno2, Reno2 F, Reno2 Z model is gonna receive the ColorOS 11 update or not, then this article is for you. Now, if you don’t want to wait further for the official stock Android 11 (ColorOS 11) firmware update on your device, then you can install the above GSI build in order to get an early taste of Android R UI & native features. Now, without further ado, let’s get into it. 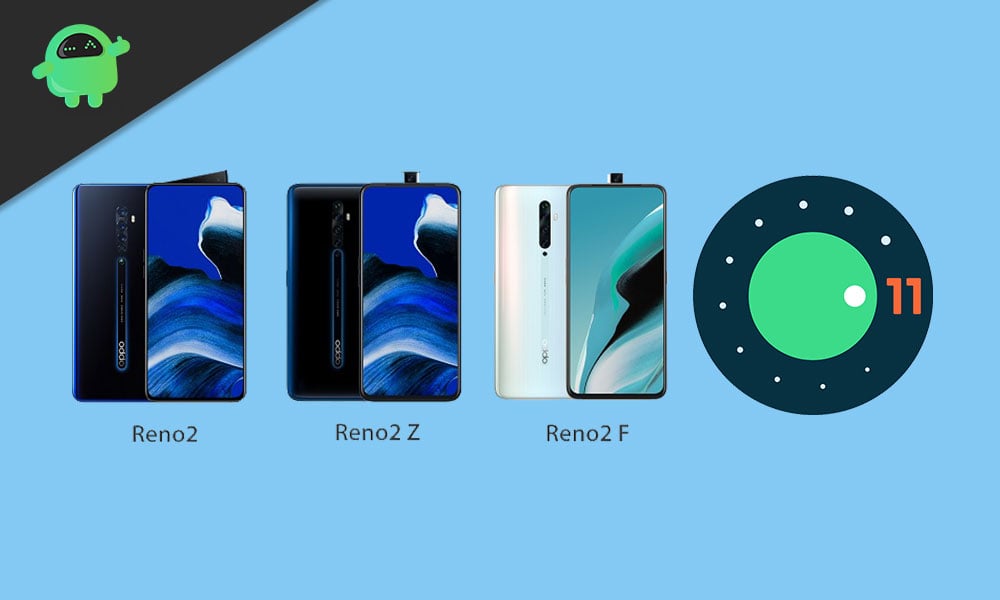 Updated on July 11, 2020: According to Chinese OEM Oppo, all the Oppo handsets are capable of getting at least two major Android OS updates. So, all three Oppo Reno2, Reno2 F, Reno2 Z models came with Android 9 Pie and received only one Android OS update that’s Android 10 this year. That means the mentioned devices will get one more Android OS update e,g Android 11 once Google releases the official stable version in September 2020.

Note that all the smartphone OEMs may not gonna be capable to push the quicker Android OS update to its eligible devices and Oppo is one of them. Therefore, it may take a couple of months or so in order to cook the custom skin for its devices based on the latest Android OS. Although there is no official confirmation available yet from the company.

That means we may need to wait until Google released the Android 11 stable version officially. Then most of the OEMs including Oppo would come with their Android 11 update roadmap for the respective devices in batches. We will keep updating this article with more updates and reports whenever available. You can always bookmark this page on your browser for quicker access. Till then stay tuned.