Here we have shared the first stock ROM for Moto G6 (Codenamed ALI). This firmware comes with build number OPS27.82-19-4 based on Android 8.0 Oreo. Now you can install this on your phone to get back to stock ROM or unroot your device and then you can relock the bootloader just like out of the box device.

Motorola Moto G6 is the successor of Moto G5 which was launched last year. In this year, Motorola company has used the full glass in the back to bring the elegant design and build quality just like the competitor Xiaomi and Huawei did. This year, Moto G6 comes with the budget version and it offers a number of high-end functions: a dual rear camera (12 and 5 megapixels, maximum aperture f1.7) accompanied by software to help it detect text, objects, and landmarks.

Talking about the specs, Moto G6 features a 5.7-inches display with a screen resolution of 1080 x 2160 pixels. The smartphone is powered by Octa-core 1.8 GHz Cortex-A53 and Qualcomm SDM450 Snapdragon 450 coupled with 3/4GB of RAM. The phone packs 32GB or 64GB internal memory which can also be expanded up to 256GB via microSD card. The camera on the Moto G6 comes with Dual 12 MP (f/1.8) + 5 MP (f/2.2), phase detection autofocus, dual-LED dual-tone flash camera and 8MP front shooting camera with LED flash. 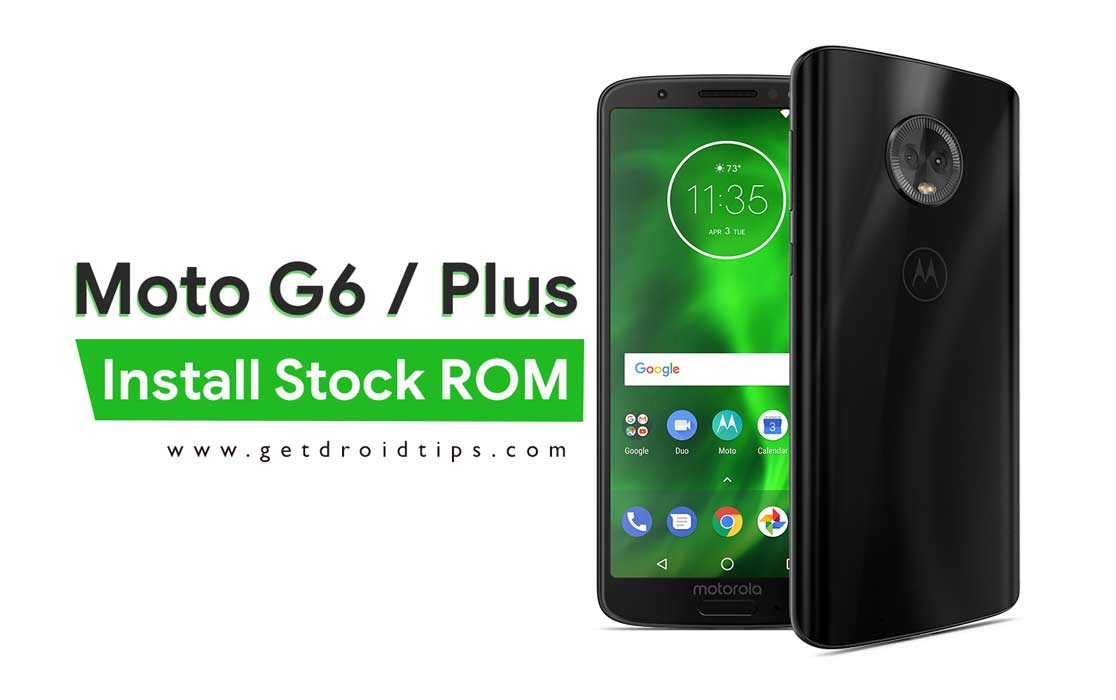 If anyone faces problems like Screen freezing, unresponsive Touch, camera fail or boot loop, you can factory reset or Download Stock Firmware of Moto G6. By installing stock firmware on Moto G6 you can solve an issue like screen freeze, stuck in the welcome screen, boot loop issue or unbrick your phone. The Moto G6 Stock firmware is now available for many regions. Here is the step by step guide on how to Download and Install OPS27.82-19-4 Stock Oreo Firmware on Moto G6.

Download below we have given the download link for Android 8.0 Oreo firmware Update for Moto G6 with build number OPS27.82-19-4. To install the Stock Firmware on Moto G6, Please follow the guide and download the ROM, Motorola USB Drivers and ADB and fastboot tool on your computer. This guide is for How to Install Stock ROM on Moto G6 smartphone.

There are two methods which you can follow. Check any of the methods, if the first method doesn’t work, you can simply follow the second method to install the stock firmware on Moto G6.

In this first method, you need download and install the ADB and Fastboot tool along with Motorola USB Drivers. After installing you can simply follow the link below to sideload the ROM on your phone.