The Paranoid team has released the final version of Nougat based AOSPA for Nexus 6P and Other devices.  Now install the latest Paranoid Android 7.3.1 AOSPA For Nexus 6P. 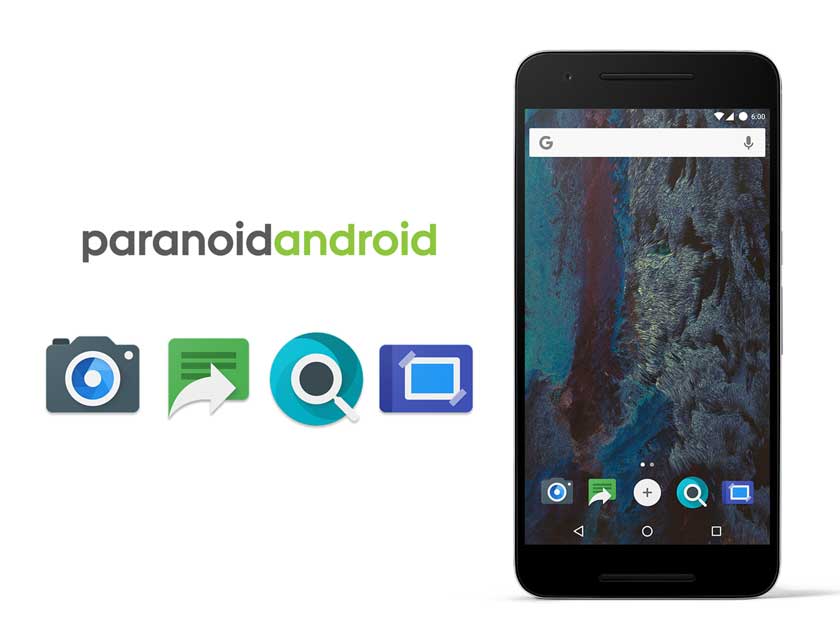 Nexus 6P is the Google Nexus lineup device which received the beta and stable build of Android Nougat before any other smartphone manufacturer. Now you can enjoy Paranoid Android ROM on Nexus 6P which is based on Android Nougat. Yes you heard me right!. Paranoid Android is back from the dead. As we know it is one of the very popular custom OS built by the team which is now been hired by OnePlus company for the work of OxygenOS ROM, the Paranoid Android customization was brought to a full stop. Now after 9 months, AOSPA is back from the dead with support of few handsets such as Pixel, Nexus and OnePlus. More device will be supported soon. In this guide i will help you to install Paranoid Android 7.1.2 for Nexus 6P. Now install AOSPA for Nexus 6P using our guide below. The guide is simple and easy to follow. All you need is a full ROM file and GAPPS file to install this using TWRP Recovery.

Now you can enjoy the all new Paranoid Android AOSPA for Nexus 6P. We had already shared some custom ROM for Nexus 6P, So check out this link to install Custom ROM on Nexus 6P. If you are here for the first time, then read the difference between Custom ROM and Stock ROM. If you are trying to install Custom ROM for the first time, then please make sure you install the TWRP or any Custom Recovery on your phone.

Now you can download and install Paranoid Android 7.1.2 AOSPA for Nexus 6P. The guide is simple and easy to follow. All you need is a custom recovery or twrp on your phone to install this ROM. Here are the list of other supported devices which include Oneplus One, OnePlus X, OnePlus 2, Nexus 6P and 3T, Nexus 5, Nextbit Robbins, Pixel and Pixel XL, Nexus 6P and 6P and more.

I’m a big fan of Paranoid Android at the age since it was deployed. Now they are back and supports few devices. If you are a fan of AOSPA paranoid android custom ROM, then here is the full guide to install Paranoid Android 7.1.2 for Nexus 6P. To install AOSPA for Nexus 6P, you need TWRP Recovery on Nexus 6P.

Just like every custom ROM, you’ll need to have an unlocked bootloader and a custom recovery (such as TWRP) in order to install Paranoid Android 7.1.2 Nougat for Nexus 6P. Furthermore, you’ll have to backup your phone before changing any custom ROM or Stock ROM to Paranoid Android AOSPA ROM. After flashing the ROM zip, install the Google apps package of your choice from Open GApps (unless you are going Google-less, which is up to you).

Here Is The Full Guide On How To Install Paranoid Android 7.3.1 ROM On Nexus 6P:

That’s it! I hope you have installed the Paranoid Android 7.3.1 on your smartphone. Leave a comment or feedback down below. Thank you!.