Till date, SuperSU was the most preferred root application used by Android users. Back in 2015, Chainfire, SuperSU gave all of its rights for development to CCMT and since then Chainfire has had no dealing with the app whatsoever. But, for some unknown reasons, the root app is not available on the Play Store anymore. 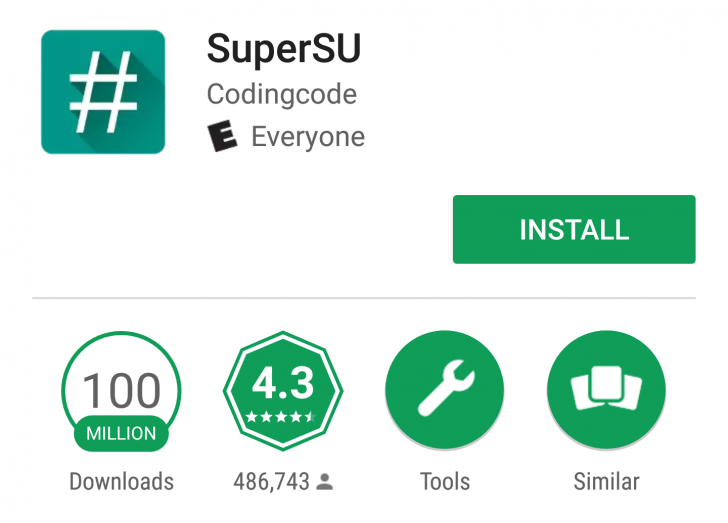 For that matter, even their Google+ and Twitter accounts don’t have any recent posts and the last post on their Facebook page was posted in March this year. Overall, looks like the app has been abandoned and no one is looking at its usage. The latest version was also last updated in January and was available at APKMirror.

Just found out that SuperSU is no longer available on Google Play Store, so I guess it is officially dead ?
I never get my head around the reason why CCMT bought SuperSU just to abandon it……

CCMT have not given any comment as of yet, even though Google have taken automatic action and removed the app without any notification. Recently Play Store has been taking an initiative to remove any app that does not meet the COPPA compliance or if they use a particular analytic library. Also, possibilities are on the line for SuperSU having violated Play Stores policy, being the cause for its removal. Let you know, the SuperSU pro key is still active on Play Store.

This is Munendra Rathore, a tech enthusiast. I love keeping myself updated with the latest technologies, mainly smartphone and software. I also have a keen interest in Photography, Fitness, and Knowledge Sharing.