In this tutorial, we will list out all the tips and tricks related to Population Zero. This game has recently been released for PC and belongs to the survival MMO category, In this game, you race against time, with only 168 hours available at your disposal. There are tons of missions and quests to complete, which will ultimately help the NPCs. There’s a large landscape to explore, but rather than admiring the beauty of this place, you will have to be at your toe as the danger is constantly looming around. However, the game is still in Early Access stage and still needs some polishing and attention.

But let us not take away its glory, it is quite an impressive MMO offering from Enplex Games. However being in an early stage, not much is known about it. As a result, players are having trouble completing many missions and quests. If you are also feeling lost in this game, then fret not. Today, we will list out all the tips and tricks in this Population Zero beginner’s guide. So without further ado, let us begin with the guide. 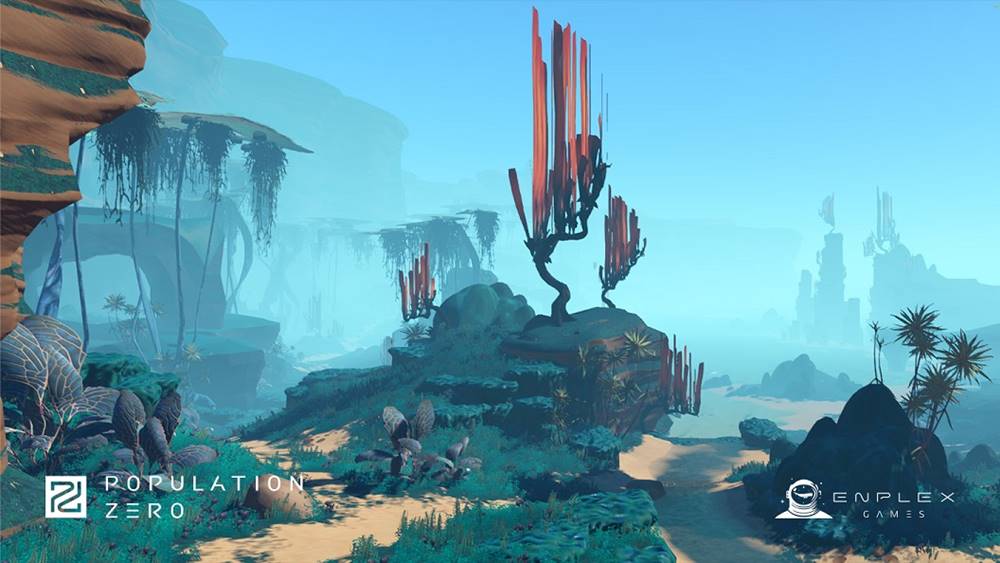 Crafting, technologies, and combat are three of the most important components that you of this game. In this guide, we will have a look at all these aspects in detail and will also share their respective tips and tricks. On that note, here is all the information that you will ever need, beginning with the Crafting tips. 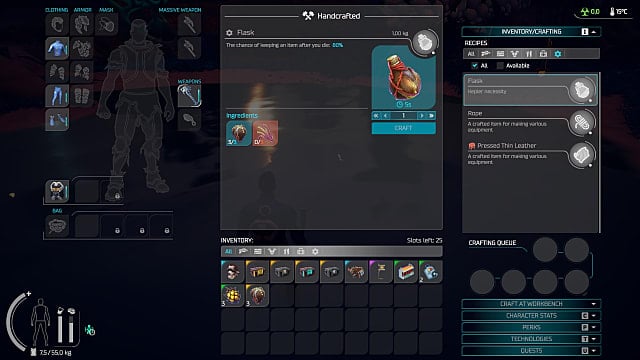 Most of the resources in the game could easily be found across the map. Likewise, you could get a hold of various crafting items by interacting with plants and trees. There’s also some stranded bags lying around, which might help in your quest of finding resources. So head over to any of these bags or plants and hit the E key to interact with them.

The game’s technology tree offers some useful crafting recipes as well. When you unlock a said technology, then you will also get its associated recipe, which could be accessed from the crafting menu. If you don’t have any idea in this regard, then press the I key to access your inventory and navigate to the Technologies tab. Finally, select Recipes from the right-hand side menu.

Furthermore, you could craft both simple and complex items. For the former, there’s flasks, ropes, and other simple tools. On the other hand, slightly complex items include armors and swords. These complex items could only be crafted in the game’s hub area where the crafting stations are located. These stations could be found on the topmost platforms, just behind Radov. But there’s another pretty important thing to keep in mind.

Not all crafting stations are locked initially. Some require completion of a quest or two. Furthermore, these quests could also offer other goodies, which will help you in your quest of collecting resources. As far as the end product goes, the crafted items automatically make their way over to your inventory. So this was all from the Crafting tips and tricks from Population Zero. Let’s now turn our attention towards technologies and perks, another pretty important component of the game.

As and when you unlock new items and discover new areas, you will be rewarded with crafting points. These could then be used to unlock technologies, from the technology tree section. Although the game beholds many different technologies, not all will be required. Some of the most important ones include the Flask, Campfire, Hammer, and Rope. Flasks are majorly used for drinking clean waters. Campfire or bonfires will come in handy while cooking raw meat and hammers could be used as a melee weapon which in turn will also help in farming bones and leathers. 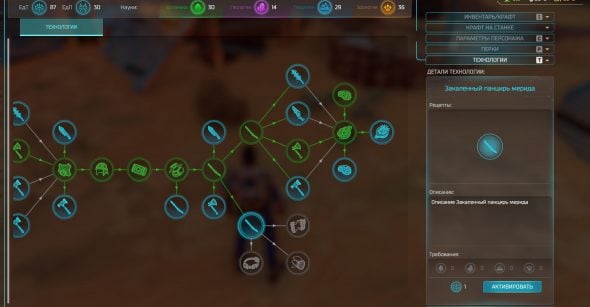 Furthermore, you might also notice that the game consists of two types of perks, the temporary and the permanent ones. The former is the one that you could easily earn while completing various missions and side quests. And when you have temporary quests, you could convert to permanent ones, as and when the permanent slots become available in the perks menu. Some of the best perks that you have earned could be saved to this slot. Well, if you are wondering what exactly are the “best perks”, then let us shed some light on this matter.

In the game, Thick Skin, Damage Increase, and Accelerated Wound Dressing all three of the most important perks that should be converted to the permanent ones, as quickly as possible. Thick Skin protects you from various piercing damages. Damage increases, as the name suggests, helps in increasing the attacking capability of your weapon. Lastly, the Accelerated Wound Dressing heals your wounds much quicker. With this, we conclude the second section of Population Zero tips and tricks. It’s now time to have a look at some of the weapons and combat.

As we have already mentioned in the introduction section, this game is still in an early stage. Hence there aren’t many types of attacking moves or special abilities for that matter. Jumping sideways and dodging the attacks is one of the most widely used tactics, but apart from that, there’s nothing glorious to talk about, as of now. Most of the attacks you might come across will be from mobs and enemies. They are usually huge in numbers, hence it is better to avoid confrontation with them. 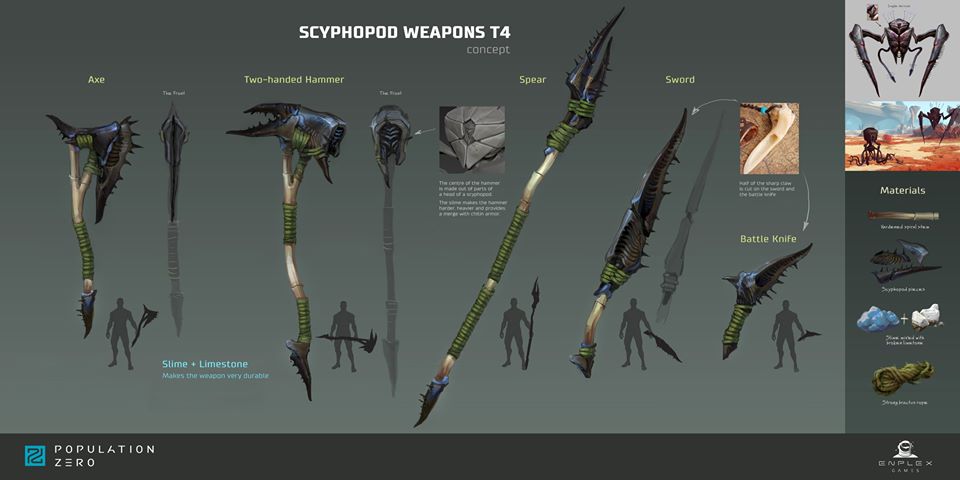 On the other hand, if you are looking to get your hands on bones and leather, it is to find out the Yutts and Kvars. They are generally engaged in deadly combats. So as and when one or either both of them dies, just capture their loots at that very instance. But don’t interfere in their fight, or the tables might turn against you. It’s better to have patience and wait for the fight to end.

With that said, if you wish to fight off other peoples and mobs, then it’s better to pick up a fight near the hub station. The reason stands simple, whenever your health takes a hit, you could quickly go back to the hub station and refill your health. We know it might sound a bit boring and monotonous, but trust us, this is one of the most useful techniques of staying alive in the battles. However, if you die way too often in the game, then you will take the form of a monster called The Void. You could play as this monster for a combined total of four hours before the game restarts.

The game beholds two different game modes: Player vs Player (PvP) and Player vs Environment (PvE). Both are played on separate servers and comes with their own set of rules and regulations. Here are some other things to keep in mind in the PvP mode: 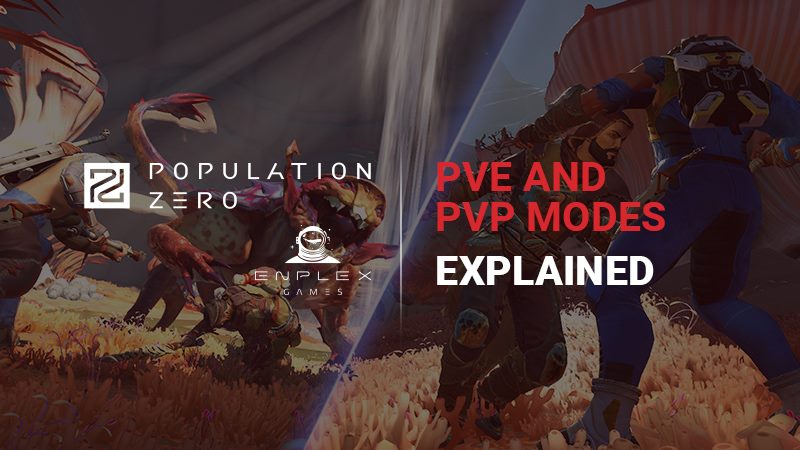 So this was all from this guide on Population Zero tips and tricks. We have mentioned all the important information related to weapons, combat, technology parks, crafting techniques, and everything about the PvP and PvE game modes. All these tips will come in handy the next time you are about to play this game. Likewise, here are some iPhone Tips and Tricks, PC tips and tricks, and Android Tips and Trick that are equally important.