As we have entered into the month of June, Animal Crossing New Horizons brings in plenty of new changes to the game. This update brings in the Wedding Season, something that hypes up the entire crowd for Animal Crossing New Horizons. Along with this comes a lot more items, fishes, and bugs’ collection in the game. As the players are up for the treat, today we’ll narrow it down to something particular.

Today in this guide, we’ll be talking about a new addition of bug – the Rainbow Stag. This particular bug comes in with the new update. Though not the rarest you’ll see in the game, it does demand effort to catch it. So we’ll be helping the player trying to catch this new bug in the game. Without any further ado, let’s see how to catch the Rainbow Stag in Animal Crossing: New Horizons. 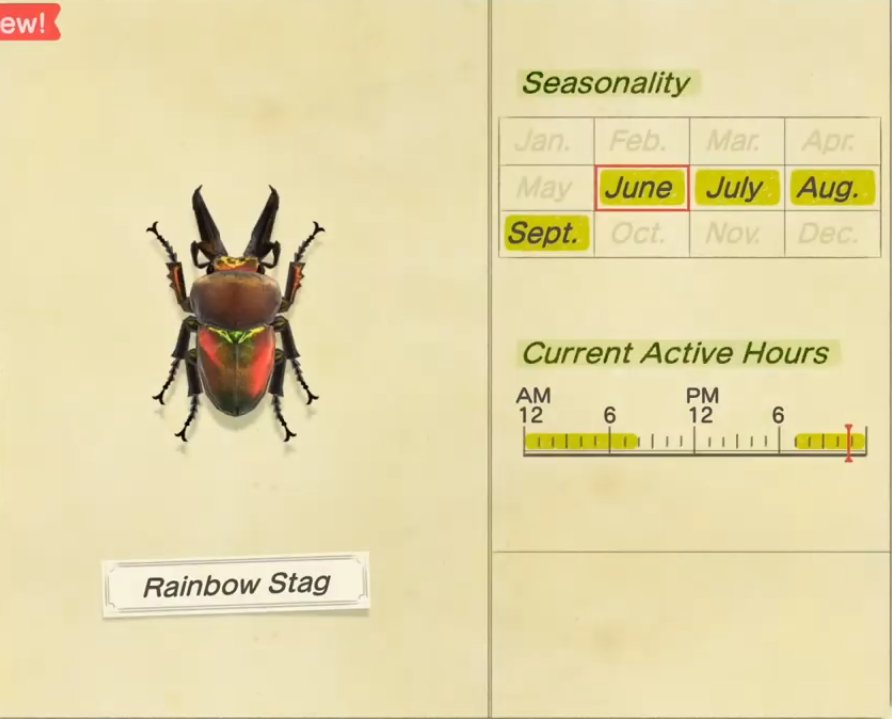 Moving onto finding one, you need to search for this bug on the tree trunks on your island. Not only on your island, but you can also make visits to mystery island as well to find the Rainbow Stag. What you should be looking for is a slight, rainbow sheen carapaces on the trunk of trees as this marks the Rainbow Stag. When you do come across one, take out your net and trap the bug before it flies away. 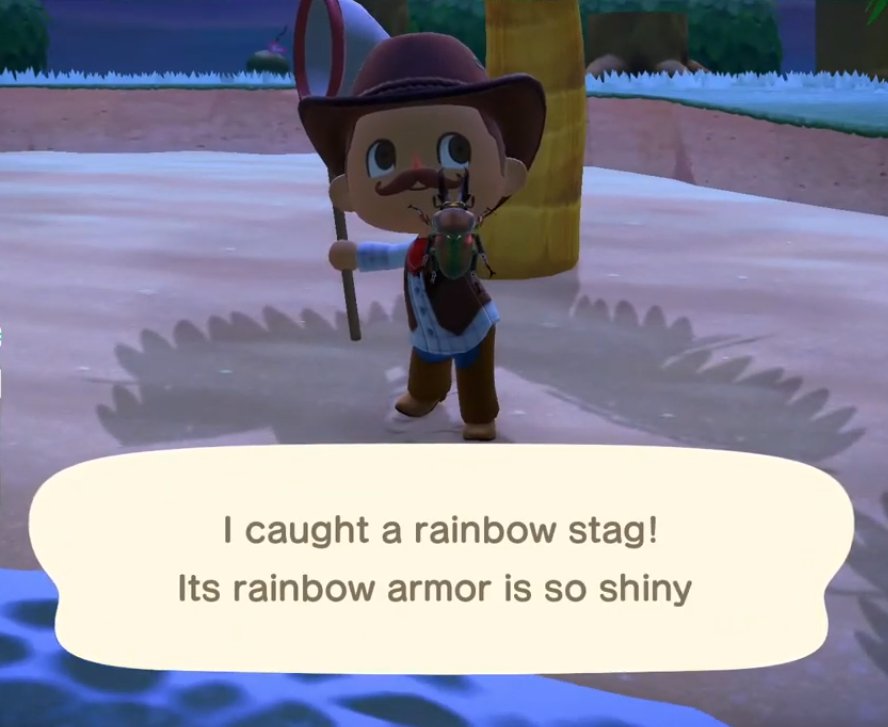 Summing up our guide, the Rainbow Stag appears between December to March in the Southern Hemisphere and from June to September in the Northern Hemisphere during the hours of 8:00 PM and 5:00 AM. To catch one, you simply need to search for bugs with a slight, rainbow sheen carapaces on the trunk of trees on your island or mystery islands That said, we hope reading the guide above has brought some valuable information and help to you. Please let us know by commenting down below if you have any further queries regarding the same.