New Horizons is the latest addition to the life simulation video game Animal Crossing, developed and published by Nintendo. Animal Crossing New Horizons is the fifth main title of the Animal Crossing series, and its release dates back to March 20, 2020, on Nintendo Switch. The game is played in real-time, with the gameplay just like the previous titles of the series. New Horizons starts off with a customizable character for the player, setting out to develop a desert island. The story of the game further progresses as a whole variety of animal characters, known as Villagers, come to seek shelter on your island. You can see the Villagers list on New Horizons here.

The Animal Crossing New Horizons features endless possibilities for the players to mess around. This can be customizing your character, adding/removing Villagers on the island, or in our case, catching a Ranchu Goldfish. Fishing is one of the many fun activities in-game, and it simply reaps off our efforts trying to catch the ones that appear at only a certain time frame. One such fish is the Ranchu goldfish. But before you go about catching a fish, any at all, make sure you are well aware of the timing. You can read more about how to catch a fish in this article. With that said, let’s see how to get a ranchu goldfish in Animal Crossing New Horizons. 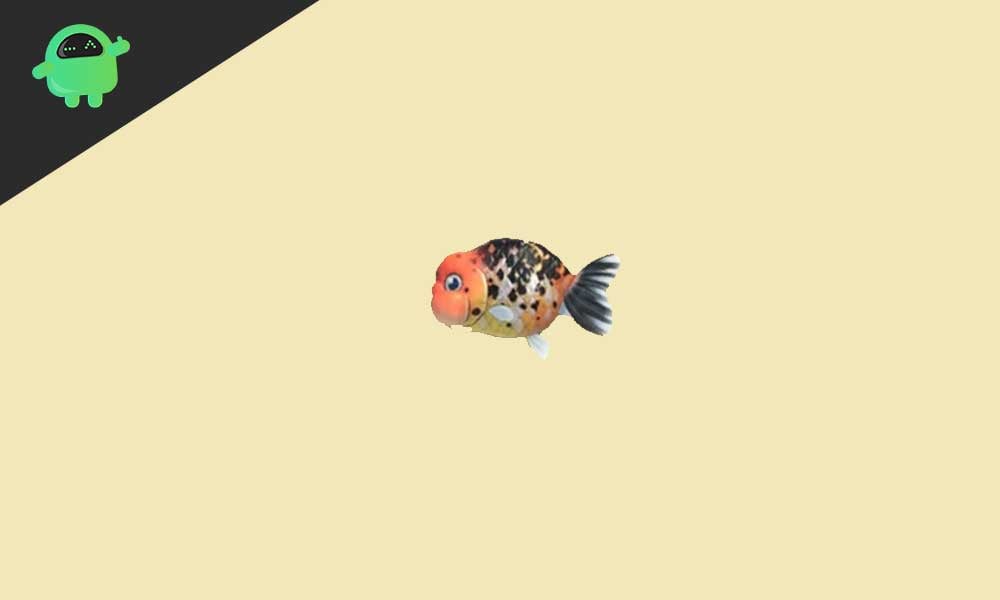 The ranchu goldfish is a small fish species known most for its colorful, attractive skin. Before you can successfully catch the ranchu goldfish, there are certain basic things you must watch out for. Follow the steps below in complete patience, and hopefully, you’ll pull a ranchu goldfish just fine.

The ranchu goldfish is a creature that you’ll be able to spot in sheer sunlight. Unlike some of the fishes that tend to come out only during the night, the ranchu goldfish has its own different time frame. That means there is little to no chance of catching one in the darkness of the night – just postpone the hunt if it’s the evening already. Simply put, you can only catch this fish between the hours of 9 am to 4 pm.

Don’t waste time roaming around and fishing in rivers or the ocean if you’re looking for a ranchu goldfish. Unlike many of the other fishes, which you can find in the latter water bodies on your island, the ranchu goldfish is only found in the ponds. So run over to your island’s ponds and search for the shadows.

The ranchu goldfish is a small size fish and will have a small shadow respectively. So get your fishing rod in and wait for the small shadow to appear, though it won’t be the smallest of shadows you will find. This may take minutes to hours, so make sure you’re ready for how long it may take. Finding one may take some time and patience, but keep at it.

Since the ranchu goldfish only float around in the day time, catching one will be difficult for teenagers in school, or those in a day job. The football fish is small in size but certainly not the smallest. The good part is that the ranchu goldfish is available all year long in both the Northern and Southern Hemispheres, and has the worth of 4,500 bells if you wish to sell it.