New Update on June 25, 2020: It seems that the Razer Phone 2 is gonna be the last device model from Razer as the company hasn’t released any new model in almost two years approximately. Shockingly, there is no news or leaks come out so far about any upcoming Razer model which is questionable. But the existing Razer Phone 2 users are getting irritated as there is no sign of Android 10 update yet.

The company has recently released the July 2020 Android Security Patch update for the Razer Phone 2 that weighs around 80.56MB in size. As the OTA update is waving in a phased manner, it may take a while to arrive on all the units completely. So, have some patience.

Was greeted with this update just few seconds ago. A security patch is better than no update right? from razerphone

Razer is one of the most popular and industry-leading brands that offer powerful gaming hardware, software, system, and accessories for both smartphone and PC gamers. In 2017, Razer entered into the gaming smartphone market with its Razer Phone model. Razer Phone 2 (0259UA20) is the second-generation gaming smartphone that offers unleashed gaming performance with flagship-grade specifications. The Razer Phone 2 was launched back in 2018 with Android 8.1 Oreo version out-of-the-box. Currently, the Razer Phone 2 receives September 2019 Security patch with some other improvements and bug fixes.

After launching the Android 10 (aka Android Q) OS, most of the smartphone OEMs are working to provide the latest software update to its devices. But Razer is still rolling out the Android 9 Pie-based software updates to Razer Phone 2 model. The latest software update brings the September 2019 Android Security Patch Level to the device along with some other improvements and bug fixes. Such as improved camera stability, improved Wi-Fi stability. Additionally, it also brings Family Link support, Latest GMS apps, and more.

The firmware update weighs 548.3 MB in size and comes with the software build number of P-RZR-ATT-RLS008 and based on the Android 9.0 Pie version as well.

Take a look at the firmware update details. 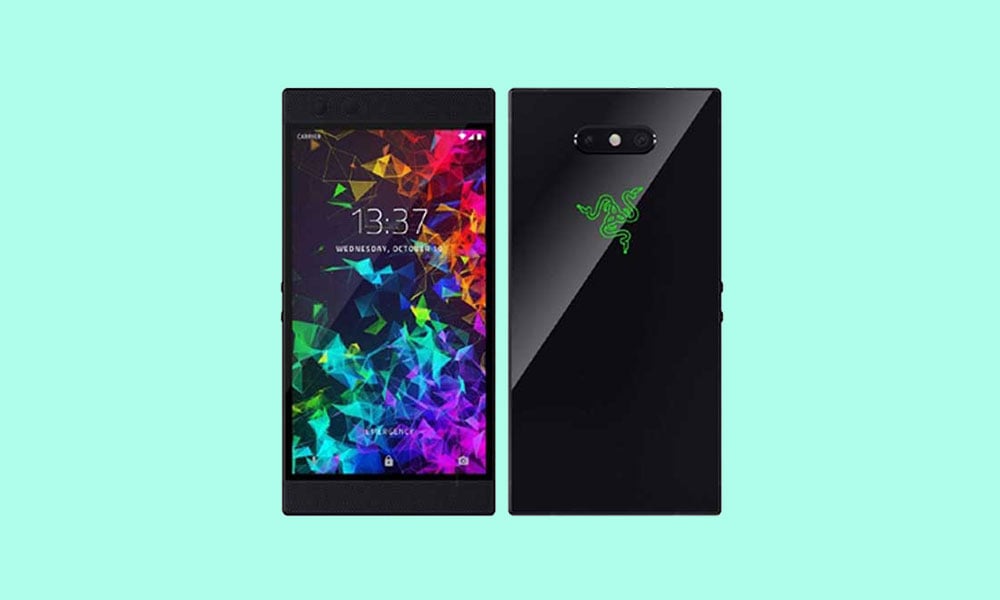 Now, let’s take a look at the update changelog details as well.

Make sure that your device is fully charged and connected to a good Wi-Fi network. You can also take a complete backup of your device data before doing anything.

We hope that you find this article useful. For any queries, let us know in the comments below and stay tuned for more info.