Oppo’s subsidiary brand Realme becomes one of the popular smartphone OEMs in the Indian market due to its affordable price range and better hardware specifications. Meanwhile, from a year or so, the company also becomes so much active as well as dedicated to pushing the on-time software updates to its eligible devices which is a great move. The company has recently launched its two new smartphones called Realme 7 and Realme 7 Pro in the market as the mid-range & upper mid-range segment devices. So, if you’re also one of the Realme 7 series users and waiting for the Android 11 update then check out the Realme 7 and 7 Pro Android 11 (Realme UI 2.0) Update Tracker list here with all the possible information.

Talking about the software version, both the Realme 7 series devices do come with Android 10 out-of-the-box on top of Realme UI 1.0. Whereas Google has recently released the much-awaited Android 11 as the 11th-iteration of Android OS. Although Realme has promised to release the Realme UI 2.0 update roadmap based on Android 11 for all of its compatible devices, the time hasn’t arrived yet at the time of writing this article because it’s been only one day since Google announces the new OS.

However, we will recommend all the interested or eagerly awaited Realme 7/7 Pro users to manually flash the Android 11 GSI build on their handsets to get an early taste of Android 11 UI & features. However, there are some of the known bugs present in the Android 11 GSI build that you will find on the link above. In that scenario, if you don’t want to wait further for the official Realme UI 2.0 update on your device, then you should take a full data backup at first and then proceed to the guide from the above link. Now, let’s take a quick look at some of the Android 11 details. 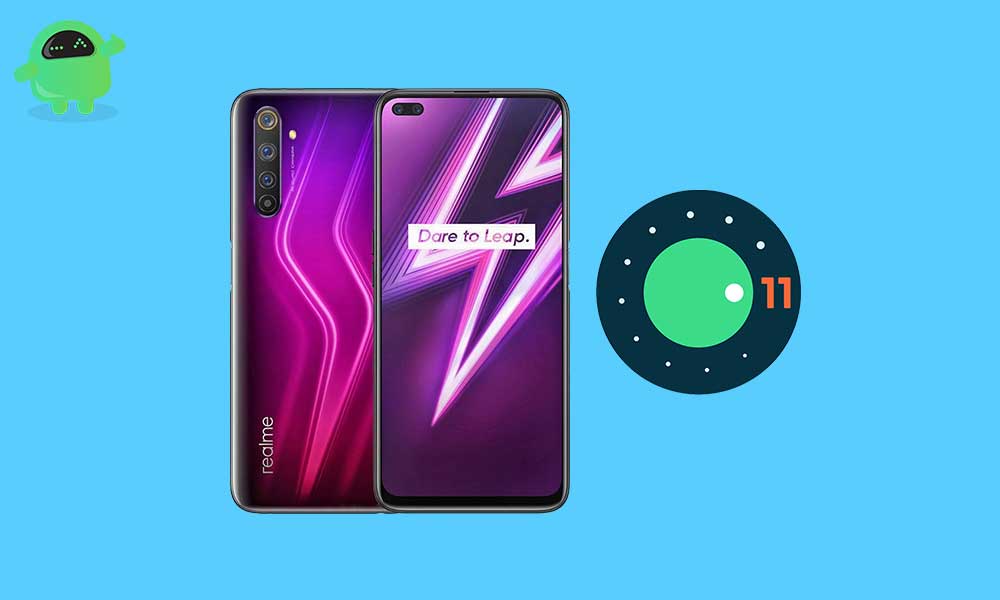 Updated on February 21, 2021: Today Realme started rolling the beta build for Realme 7 users of India which brings Realme UI 2.0 early access to test. If you didn’t join the beta, you can do it right now by following the next step.

Register: Go to Settings> Software Update> Tap the Top Right Corner Icon> Trial Version> Fill in the required details and follow the next instructions on the screen

Updated on February 09, 2021: Realme started seeding the Realme UI 2.0 beta 2 for the Realme 7 in India which fixes several bug fixes and improvements. The update is labeled with software version RMX2151PU_11_C.03. Check out the changelog

Updated on Nov 28, 2020: Finally, Realme has started the Realme UI 2.0 Early Access Program for the much-awaited Realme 7 Pro model. All the interested users can now enroll themselves for the Early Beta Program of the Realme UI 2.0 which will be based on Android 11. However, the interested Realme 7 Pro users have to update their device to the C.09 software version in order to get eligible to get selected for the beta program. For further details check out this link. 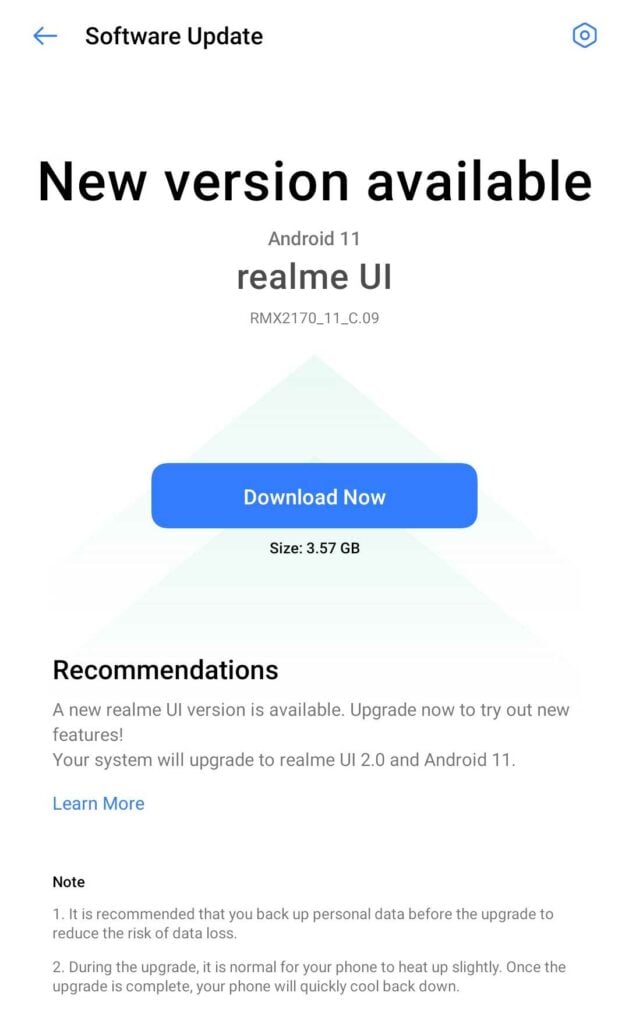 Updated on Nov 24, 2020: Realme has announced the company has started recruitment for the Realme 7 Pro users to join in the “Alpha Squad” of Realme 2.0 skin. Selected users will get the first-ever update of the Realme 2.0 (Android 11) update than others. Although the registration timeline is over now and lucky ones will get a chance to give it a try under the Early Access program.

Updated on Nov 17, 2020: The reports are coming out that the official Android 11 update is on its way for the Realme 7 series devices. Whereas, the update will initially arrive as a public beta to the selected users. But there is no specific date announced yet by the company. Both the Realme 7 and 7 Pro users can expect plenty of improvements visually like Always-On Display mode, Dark Mode Styles, new Color Schemes, etc.

Hi Sarim,
The Early Access for realme UI 2.0 based on Android 11 for your realme 7 Pro will start to roll out at the end of November for selected users only. Kindly head to our official community following the link below for more information on the same.https://t.co/D5JEdtDYax

Realme will keep updating the status on its official social media handles and the community page.

Starting off, Realme allows two major Android OS updates to all of its devices after launching officially. So, both the Realme 7 and 7 Pro devices will definitely gonna receive the stable Android 11 update on top of Realme UI 2.0 skin because both of these have been launched with Realme UI (Android 10) out-of-the-box.

However, there is no official announcement available yet by Realme and we have to wait for it further. Once Realme announces the Realme UI 2.0 update roadmap, we will keep updating you with all the latest news.