Madhav Sheth; Realme CEO has announced that the brand now has a huge 10.2 million users globally. This 10.2 Million user every single phone that came out from the brand i.e. the “C”, “X” “Pro” and other series. Sheth also announces that the brand will launch the new “C” series smartphone tomorrow. It seems that the upcoming device to be the Realme C3. He doesn’t reveal any specs or a clue about the upcoming smartphone. But now the brand says that the new device will be launched on February 6 and has started sending out media invites. The event will kick off at 12.30 PM IST and will be streaming via YouTube and Facebook.

With 10.2 million users globally & more than 7.5 Lakh users rating 5/5 on Flipkart, the #realmeCSeries has been highly successful in disrupting the entry level segment.

Will be bringing more to this series tomorrow.
RT & reply to guess. pic.twitter.com/ZmFuGf9suJ 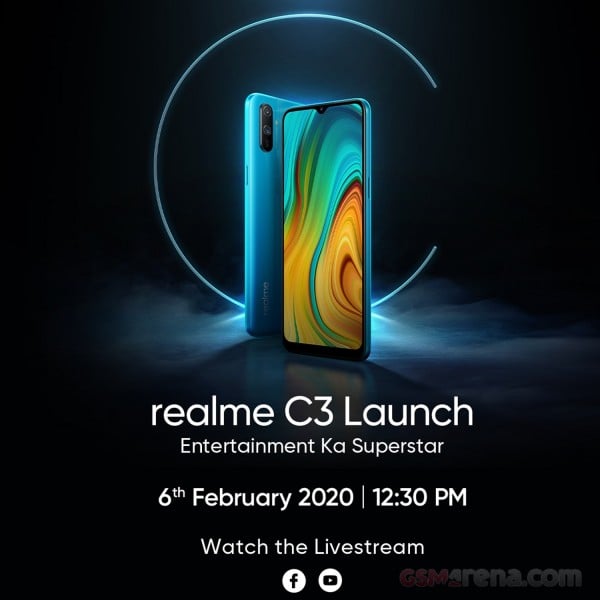 Earlier new Realme “C” series smartphone was certified by Thailand’s NBTC and the US’s FCC. That certification tells us that the Realme “C” series was named Realme C3 and Realme C3s respectively in the US and Thailand. Both the smartphones sport the same model number i.e. “RMX2020”. Those certifications tell us that these smartphones will sport dual cameras and a rear-mounted fingerprint sensor. Let us wait until tomorrow for more information about the devices.