Apart from equipment and items, there are also a number of utilities in the Risk of Rain 2. These are generally featured in the form of drones or turrets which hover around your character and produce various effects. As you progress into runs, you will eventually encounter an Emergency Drone.

Depending on your build, though, you might not instantly understand the significance of the Emergency Drone. As a matter of fact, it works closely along the lines of a particular regular utility in the game. In our all-new guide here, we will help you understand what exactly an Emergency Drone is, and how it can help you in Risk of Rain 2. 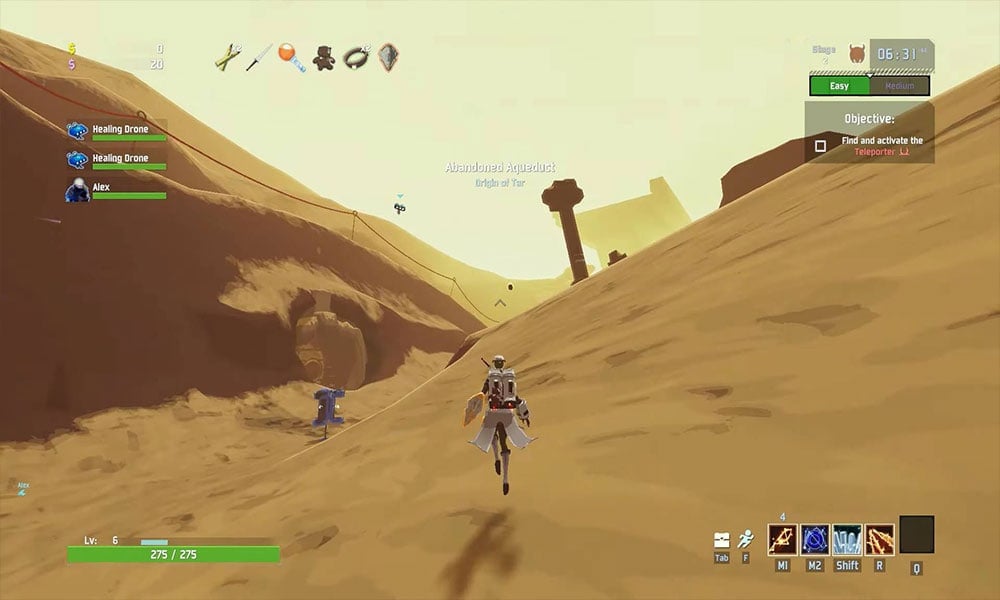 What is the function of an Emergency Drone in Risk of Rain 2?

In Risk of Rain 2, the Emergency Drone basically serves to heal you and your utilities. Its primary function is to replenish the health of a number of comrades at once. This includes turrets, friendly monsters, and other drones as well. If you find one of them resting on a stage, you will definitely see how expensive it is. The Emergency Drone costs much more than the usual Healing Drone. This is mainly because of the far greater speed with which it replenishes health. In all other aspects, though, it is pretty much identical to the base Healing Drone. In case you have already activated some of the latter, you might consider not investing more gold into an Emergency Drone.

However, it is worth mentioning that the Emergency Drone can come in handy in some scenarios. For example, if some of these drones are chained together, they can replenish the health of all comrades and drones in the vicinity with surprising speed. When you are at the base, this drone can replenish ten units of health every second. An additional two units of health will be added with level. When you are at higher levels, this drone can completely heal Survivors in mere moments!

As you can see, the Emergency Drone’s biggest asset is the speed with which it can replenish health. Thus, it is quite useful for builds that are vulnerable to damage or depend a lot on comrades or utilities, extended and violent conflicts, and characters which are relatively slower. In case you are using Shaped Glass, which doubles your damage at the expense of half your total health, then the Emergency Drone can come in handy as well. To sum up, it is basically an upgraded version of the regular Healing Drone.

That is it for now. We hope this guide helps you properly understand all the important concepts related to the Emergency Drone in Risk of Rain 2. Now, check out our Windows Guides, Gaming Guides, Social Media Guides, iPhone, and Android Guides to find out more. However, if there are any queries or feedback, comment below with your name & email ID. We will try to reply soon. Moreover, subscribe to our YouTube Channel in order to watch awesome videos on gaming and smartphone tips and tricks. Thank you!