The developer preview of Android O was launched by Google last week. Well, it will not be called Android O for sure. Google is yet to divulge its true name. Some names that people are anticipating include Ox-tongue Pastry, Ontbijtkoek, Oliebol, Ozark Pudding, Oatmeal Cookie, Orelletes, and what not.

But on March 23, 2017, Chainfire, the creator of SuperSU posted a tweet claiming that he was able to achieve a basic root on Android O. Apparently, there were still some issues as per the tweet. It is understood that this is only the first iteration of the developer preview version and the subsequent updates would bring more changes with it. There was a speculation that it could break root functionality of the device altogether. Also, it was very possible that Google would be making some serious system-wide changes to deny root access and this speculation seemed highly probable. But voila! Chainfire released the root (SuperSU 2.79 SR4) for Nexus 5X and 6P devices running on Android O developer preview version.

This Android version would be bringing a plethora of changes. There is a big possibility that most of the apps would misbehave and fail to gain root access in this first iteration of release. The way accessing root works has entirely changed. As per the Android Soul, Chainfire says that the inability to gain access has been eliminated by the recent release of SuperSU, but the changes to be introduced further in Android O and the tightened SELinux policy on Android O can cause some concerns.

The developer preview version of Android O root has currently been tested only on the Nexus 5X and Nexus 6P mobile phones. This, to some extent, means that the Nexus Player and Pixel C tablet should theoretically also support the same. But for the Pixel and Pixel XL devices, rooting Android O will not possible as of now. This is due to the A/B partition layout on the  Pixel and Pixel XL devices. Android Soul reported that Chainfire believes he should be able to fix this issue with Pixel devices with some more time and effort. Way to go Chainfire!

In case of apps, Chainfire says that just because an app can gain root access, it doesn’t necessarily mean that it’ll work. While Android O still seems very similar to Nougat, there are numerous things that have changed or will change. The syntax of few commands have changed. Chainfire gave the example of ‘ps‘ which ca now changed to ‘ps -A‘. Moreover, the SELinux rules have been tightened as well, and this always has the possibility of breaking root apps. Moreover, he further went on to say that if an app is not working, it necessarily does not mean that the SuperSU solution he designed is broken. Well, point noted Chainfire!

How to Root Android O on Nexus 5X and Nexus 6P 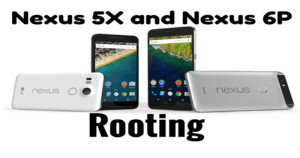 Now, getting on with the main purpose of the article: how to finally root Android O. Since it has only been tried, and that too successfully, with Nexus 5X and 6P, we will be able to provide the solution for that only.

Now, before you gain root access, you need to make sure that TWRP custom recovery is installed in the concerned Nexus device. If not, follow the steps provided below:

The next steps here are to install SuperSU latest version to get root access to Android O. Here are the steps:

And that’s it! You are done and dusted. Go on and enjoy the root access while it lasts. Who knows what changes might come with the next updated version of Android O.