This is a time when a majority of people uses smartphones for a variety of day to day activities. This also means that a lot of data is been saved and transferred to these devices. So the chances of a hijacker getting all these data is a big threat faced by a lot of users today. Security issues for many years where common headlines for tech news around the globe. It is evident that we as users are always vulnerable to new security threats. But companies in the past have always tackled most security vulnerabilities with ease. The two name names in the security vulnerability field are the spectre and meltdown. Within few days, this has become a hot topic among tech enthusiasts. Read this article to find out How to keep your Android phone safe from Spectre and Meltdown security vulnerabilities. 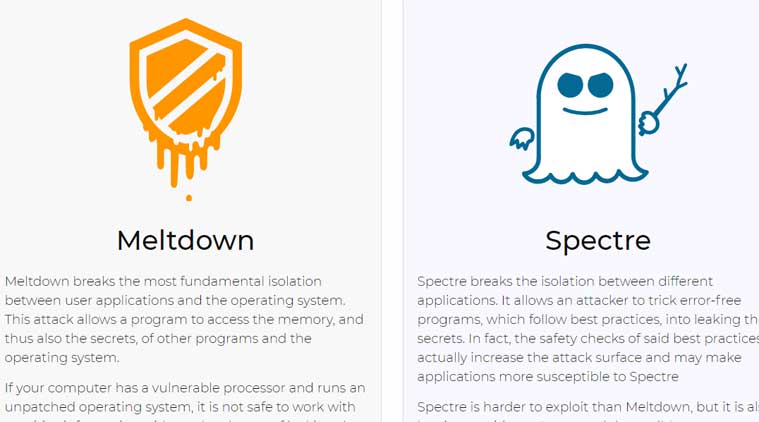 What are spectre and meltdown

Spectre and meltdown and two new names on the security vulnerabilities faced by users today. The main reason why they became an important topic discussed worldwide us that they are completely different from the previous threat faced by us. If the threats came in previously affected the software code to gain access to the user information, spectre and meltdown directly get in the core hardware of your device. This makes them really dangerous as we cant just remove them from the previous one which only included removing their source codes. And this has made a great shock to all top-level platforms producing smartphones today.

How spectre and meltdown works

Spectre and meltdown directly affect the microprocessor of the device. What they take advantage is in the current fashion of working seen on the majority of the processors, which is the speculative instruction execution or SIE. For fast working the processors today are designed to get resource from multiple locations at the same time and also save caches. This working is where the vulnerability to spectre and meltdown attacks increases. The cache data saved by the SIE mechanism is what the meltdown targets to get data from.

As of now, processors like AMD and ARM have confirmed that their processors won’t be vulnerable to meltdown attacks. Only the Intel processor will be facing problems from meltdown. Android has also confirmed that their January 5 security patch will have the fixes to save users from meltdown attacks. But the real problem here is with the spectre attacks. Spectre performs a more general kind of attack and a solution for this is not found yet. Although meltdown will be solved by latest security patches, spectre still stays dangerous. Saving users from the spectre attacks need a full redesign of the hardware framework and its working, which is not practically possible with devices already running now. Th only hope is to wait till the company’s come up with a solution.

There are some steps, we as users should take to stay safe from meltdown and spectre attacks, which are given below.

Android has already confirmed the January 5 security patch will solve the meltdown issues. So the best thing you can do to save yourself from these kinds of attack is regularly updating security patches. The security patches will receive an OTA update to most Android devices soon.

The majority of security issues occurs due to some unknown source apps which you install on your device. It is always recommended to avoid such apps as they could be malicious and can cause serious issues to your device.

The update from Android new devices soon, but there is no surety that the old devices will also get it. If you want to stay safe from these attacks the best thing that is recommended is to get a new device with the latest security patches. The one other solution is to install a Custom ROM with these security patches.

First device to receive the update for this vulnerabilities is Essential Phone. Check the Link Here to update Essential Phone to January Security Patch with build number NMJ88C.