Samsung is quietly working on its Android Go devices. Recently, a device we believe to be Galaxy J4 Core emerged on the benchmarking site Geekbench. Currently, it goes by the model number Samsung SM-J410F. It packs decent features as per its level which indicates it belongs to the Go category. Last month some Samsung devices in the Android Go series received Wi-Fi certification. 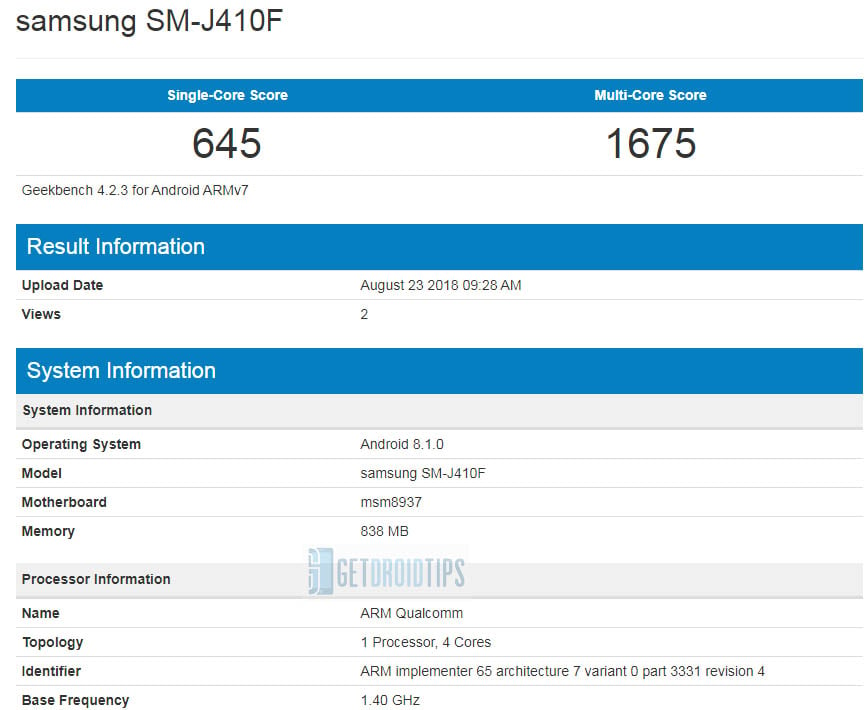 We guess the release date is definitely nearing in. Usually, when specs start revealing, the device reveals in no time as well. As for any handset with Go power, the Galaxy J4 Core packs a 1GB RAM and 1.4 GHz quad-core chipset from Qualcomm. The device follows the usual routine and will run Android 8.1 Oreo out-of-the-box. Its camera set-up may pack a single lens rear camera of 8-megapixel.  The front face shooter may house a 5-megapixel lens. A small removable battery of 2,600 mAh capacity may power up the Go series handset.

As of now, there is no lead on the release date of Galaxy J4 Core or other such Android Go device from the Korean OEM. As things are unfolding slowly, we will soon get to witness the devices and other things related to them. So, sit back and keep an eye out for the Samsung Android Go smartphones.