In the recent past, Samsung has really upped its game of making the latest firmware or security updates available for the users. Be it Android 10 updates or providing the latest security patches, Samsung has been one of the top companies, even surpassing Google many times in terms of making the latest security update. And after a long wait, the Android 10 update with OneUI 2.0 is now available for the Samsung Galaxy A30s. The update will be pushed via OTA in batches so, it will take some time in arriving on all the Samsung Galaxy A30s units. Moreover, in this guide, we will share with you the links as well as a complete guide on how you can install Android 10 OneUI 2.0 on your Samsung Galaxy A30s.

Google has already released the Android 11 Beta 1 update for the users and soon will be coming up with the stable release of the update. Android 10 is now almost a year older and it was launched back in September 2019. There are tons of new features on Android 10 like system-wide Dark Mode, enhanced privacy and security, new navigation gestures, new icons, Digital Wellbeing, a dedicated Focus Mode, and much more. With the help of this guide, you will be able to install the Android 10 OneUI 2.0 firmware on your Samsung Galaxy A30s. So, that being said, let us get straight into the article itself: 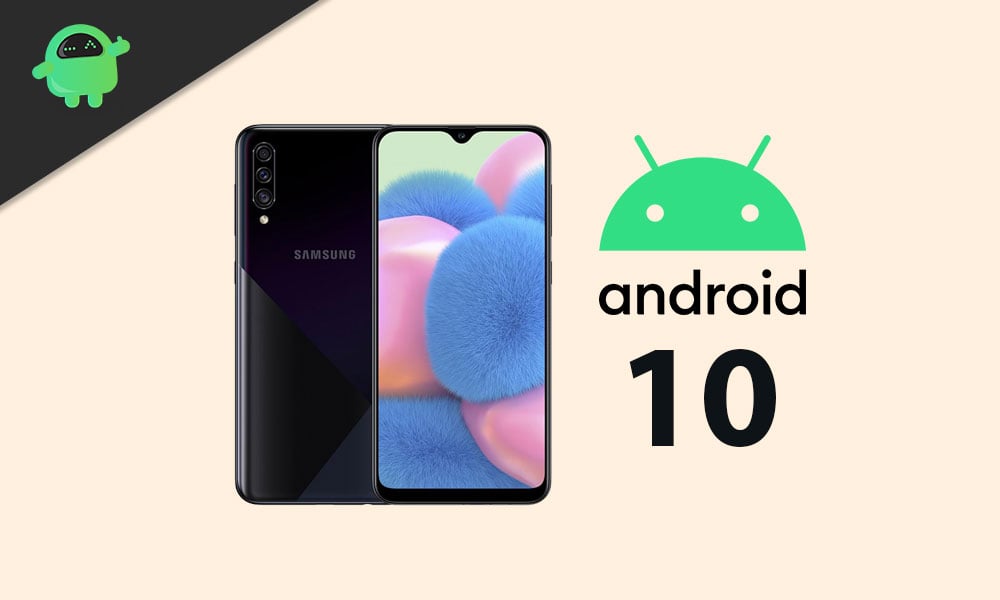 Samsung ditched the TouchWiz UI and came with the One UI with the Android 9 Pie. This new custom UI was meant to make the user interface cleaner, sleeker, and more convenient for the Samsung Galaxy users. As the name suggests, One UI is meant to make the one hand operation better, and you will see certain changes made in the UI by Samsung that enables better one-hand operation. The latest version of the UI is the One UI 2.0 which is based on Android 10 and brings in a lot of new features for the users. Google’s new navigation gestures, new camera UI, in-built screen recorder, Digital Wellbeing, dark mode, enhanced privacy features, new audio, and video codecs, etc.  This makes the One UI 2.0 a worthy upgrade as users will love the new changes and features that this new custom UI has to offer.

Steps to Install Samsung Galaxy A30s Android 10 with One UI 2.0

Before we go ahead and install the Galaxy A30s Android 10 (One UI 2.0) update, let us take a look at the list of pre-requisites that are required for a smoother installation process:

Before we begin with this guide, I would strongly recommend you to follow the steps mentioned in this post very carefully to avoid permanent damage of your device. If anything goes wrong the author or GetDroidTips are not responsible for it.

You can also watch our complete video explaining the steps mentioned above, for your reference:

So, there you have it from my side in this post. I hope you guys liked this post and were able to install the Android 10 (One UI 2.0) update on your Samsung Galaxy A30s. Note that the steps above here is only for the Galaxy A30s and should not be attempted for any other phone. Let us know in the comments below if you faced any issues while flashing the update on your phone. Until the next post…Cheers!