Samsung recently launched the Samsung Galaxy Note 10 Lite and Galaxy S10 Lite here in India. The brand is also gearing up the launch of its new flagship series i.e Galaxy S20 series along with the second generation Galaxy Fold i.e. Galaxy Z Flip smartphone on February 11. Today, the brand launched the 2020 edition of Galaxy “A” series smartphone i.e. Galaxy A51 in India. These smartphones are the successor to the last year’s Galaxy A50. The device was first unveiled in Vietnam back in December 2019. Soon after the launch, there were reports that the device will be hitting Indian markets. And later the microsite for these smartphones was live and two days before Samsung India confirmed the launch via their Twitter Handle. 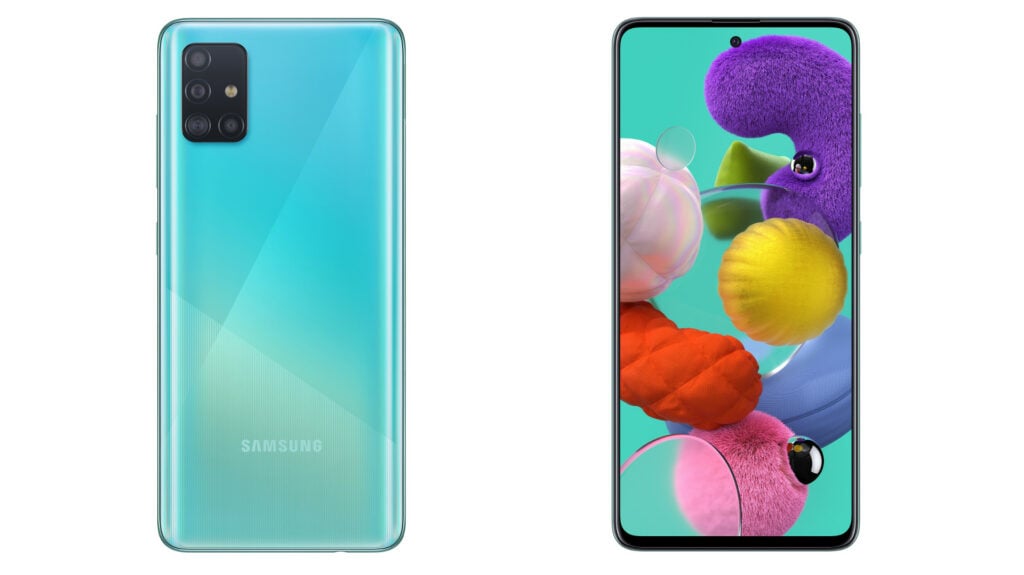 The Samsung Galaxy A51 sports a 6.5-inch FHD+ Super AMOLED Infinity-O display with an aspect ratio of 20:9. The display also has an 87.4% screen to body ratio and a pixel density of 405 PPI. The display also contains the in-display fingerprint scanner and Corning Gorilla Glass 3 protects the device. The device has a plastic back and the same plastic frame too. Underneath the device, the in-house octa-core Exynos 9611 SoC which pairs Mali-G72 MP3 powers the Galaxy A51. This SoC is built on the 10nm process and this also pairs with 6 and 8GB of RAM and 64 and 128GB of Internal storage. Further, the storage is expandable via MicroSD card up to 512GB. The device has a dedicated SIM slot where at a time you can insert two nano SIM’s and a micro SD card. 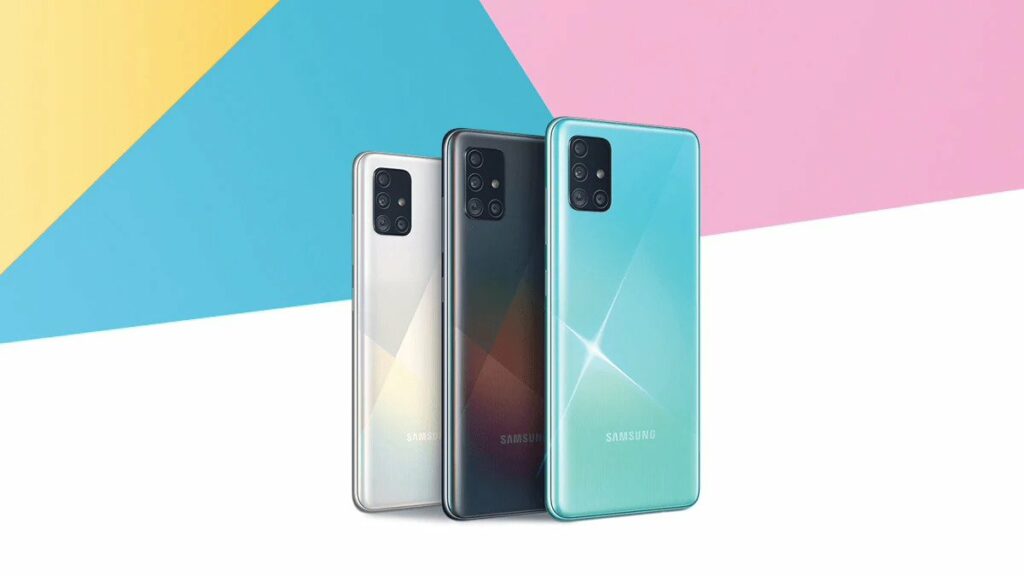 The Galaxy A51 packs a 4000 mAh battery which supports up to 15W quick charge and also charges over type c. The device runs one One UI 2.0 which is based on the latest Android 10. It is available in four colors namely the Prism Crush Black, White, Blue, Pink. Connectivity options include Wi-Fi 802.11 a/b/g/n/ac, dual-band, Wi-Fi Direct, hotspot, Bluetooth  5.0, A2DP, LE, GPS with A-GPS, GLONASS, GALILEO, BDS. It has also support for NFC on board.

Coming to the pricing, it starts at Rs 23,999 for the base variant with 6GB RAM and 64GB Internal Storage variant.