Earlier Samsung takes a hell lot of time for updating its smartphones into the latest Android version. But now Samsung provides faster updates to its smartphones. Earlier with OneUI 2.0, Samsung updated all their flagships into Android 10. Later the brand started rolling out an update on their “M” series smartphone. The brand will be pushing the update soon to other “M” series smartphones and in “A” series too.  Back in December, the Galaxy M20 and M30 started receiving OneUi 2.0 through OTA in India. A few days ago, the Galaxy M30s running on Android 10 was spotted in receiving a new Wi-Fi certification at the Wi-Fi alliance. Samsung will soon push its OneUi 2.0 to the Galaxy A60 and  M40 as both the devices have appeared in the Wi-Fi alliance. 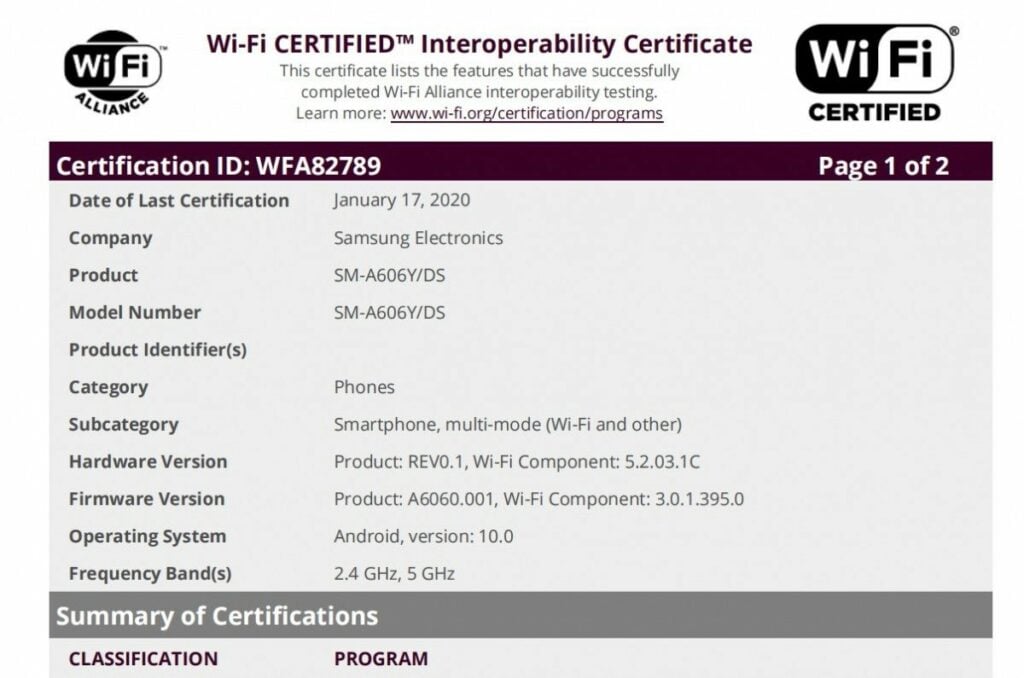 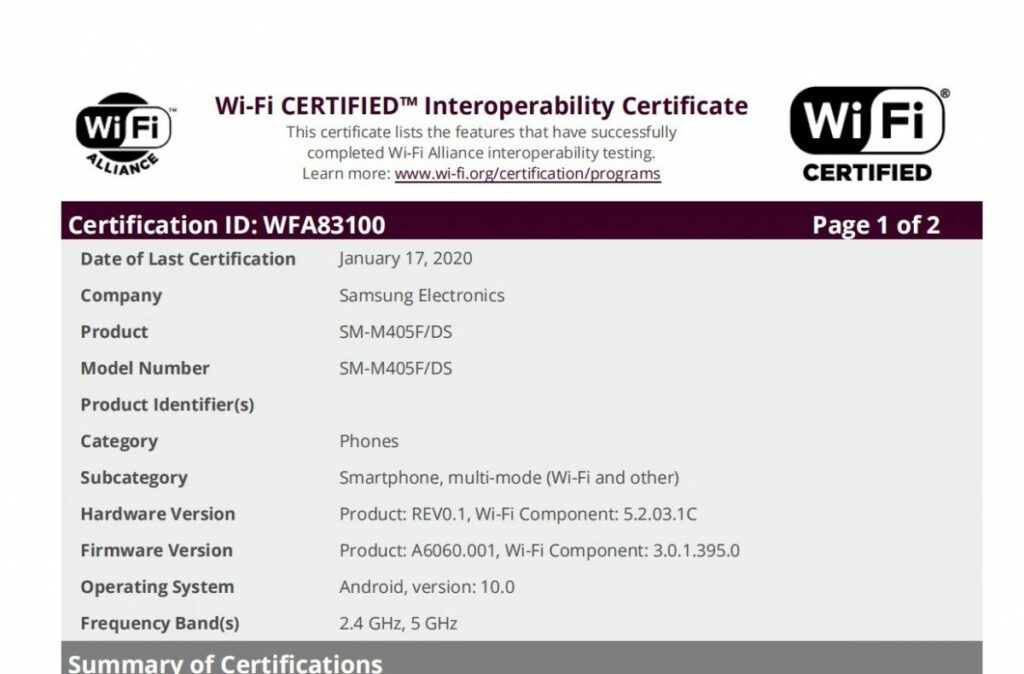 As we said above, both the handsets were spotted at the Wi-Fi Alliance, and they got it certified with Android 10 on top. Usually, Wi-Fi certifications are the best clue when a smartphone gets released and gets updated. We expect the Samsung Galaxy A60 and Galaxy M40 to receive the update soon.

The Galaxy M40 features a 6.3-inch FHD+ Infinity-O display with Gorilla Glass 3 Protection. Samsung has also integrated its screen sound technology at its display that produces audio vibrations on the handset. Qualcomm Snapdragon 675 chipset which couples with Adreno 612 powers the smartphone. The chipset pairs with 6GB RAM and 128GB of internal storage. This is further expandable up to 128GB.

Coming to optics, the Galaxy M40 sports a triple rear camera setup. This camera setup includes a primary 32MP sensor with f/1.7 aperture which couples with a secondary 5MP depth sensor and finally an 8MP ultra-wide sensor with 123-degree FoV. To the front, it sports a 16MP camera.

The device packs a 3,500 mAh battery which supports 15W fast charging tech. Connectivity options include 4G VoLTE, Wi-Fi, Bluetooth, GPS/A-GPS, and a USB Type-C port. For security, there is a fingerprint sensor at the rear. It has a 7.9 mm thickness and 168 grams of weight. The Samsung Galaxy M40 is priced at Rs 19,990 in India and will be available in Midnight Blue and Seawater Green color options.

To recall, the Samsung Galaxy A60 sports a 6.3-inch FHD+ IPS LCD Display with a punch-hole display. Due to the use of an Infinity-O screen, the phone has a 91.8%  screen-to-body ratio. Under the hood, Qualcomm Snapdragon 675 chipset powers the smartphone. This chipset pairs with 6GB of RAM and 128GB of internal storage.