Finally, The wait is over. Samsung rolled Android 8.0 Oreo update for Galaxy A8 2016 with SM-G810F variant. The update brings the latest Samsung Experience 9.0 along with new interface and Oreo features. If you are running the Android 7.0 Nougat, then you must give a try for the new baked sweet of Android known as Android Oreo. Along with this update, you will also get the latest September 2018 Security Patch and other bug fixes. Now you can download Samsung Galaxy A8 2016 Android 8.0 Oreo for all the models: G810F. 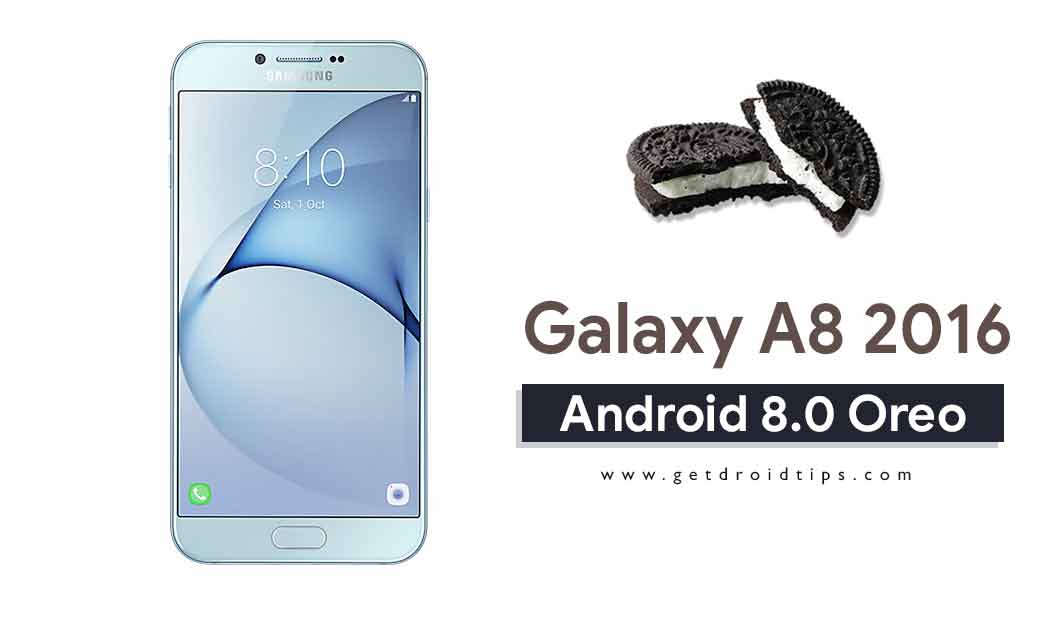 We are two months old in 2018,  so, this may seem a bit late. But this is primarily an Android OS step-up update and it also fixes certain bugs and improves the device performance.  It brings the latest Android Oreo to the Galaxy A8 2016. We may expect a more fresh update soon that would concentrate on security patches.

The Samsung Galaxy A8 2016 Android 8.0 Oreo update has started to roll out for all users in Exynos and Snapdragon variants. It is being sent via OTA (Over the Air) for users in a phase-wise manner. It may take a couple of days or weeks to reach every user. If you can’t wait for the Official OTA update, then you can check for the Samsung Galaxy A8 2016 Android 8.0 Oreo update manually by following the below steps.  Apart from the OTA, we have provided the link to the official ROM. There is also a tutorial, in brief, to guide you in installing the latest Oreo Update.

How to Manually Capture Samsung Galaxy A8 2016 Android 8.0 Oreo Update