Samsung is busy experimenting with its devices with unique camera set-up. First, we have the Galaxy A7 which sports triple cameras on the rear. Last few months we have been hearing and seeing leaks about a Samsung device with 4 cameras. This device is the Galaxy A9. Recently, the device surfaced on a benchmarking website. It goes by the model number SM-A9200. The latest Samsung Galaxy A9 2018 geekbench listing reveals some of its under-the-hood set-ups. 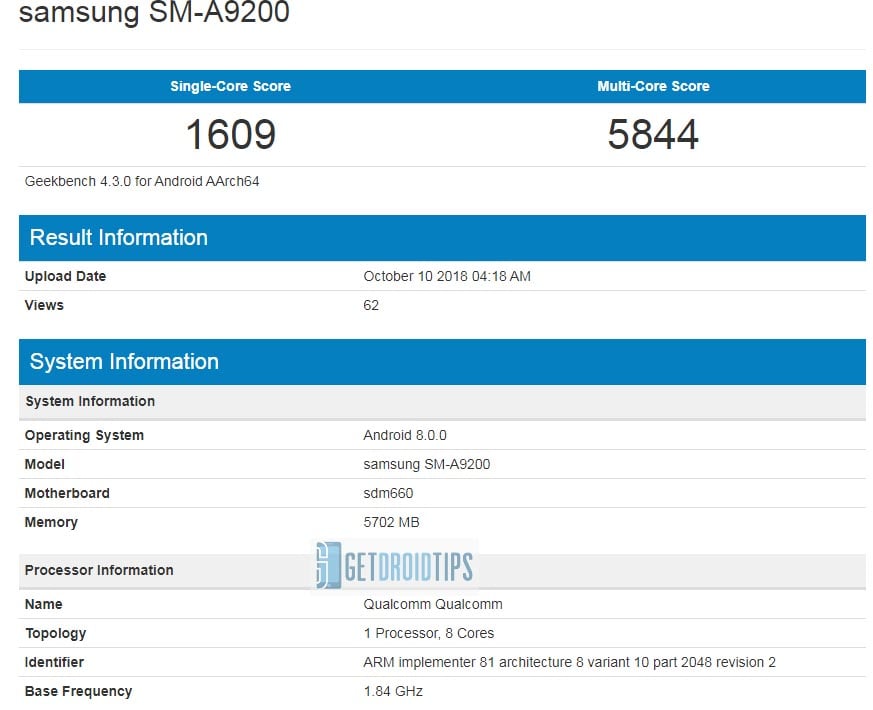 According to the Samsung Galaxy A9 2018 geekbench listing, the device will pack 6 GB RAM with Snapdragon 660 chipset. Usually, when any Samsung device comes with Snapdragon SoC it is usually for the US smartphone market. Also, the Galaxy A9 will run Android 8.0 Oreo. This is quite interesting, as it appears to be an upper mid-range device. Currently, we have Android 9.0 Pie available in its stable form. At least, the OEM should release the A9 2018 with Android 8.1 Oreo.

As we know, the camera section will have four rear cameras. Today popular leakster Evan Blass tweeted about the camera set-up of the upcoming Galaxy A9. You can have a look a the image below which he shared. 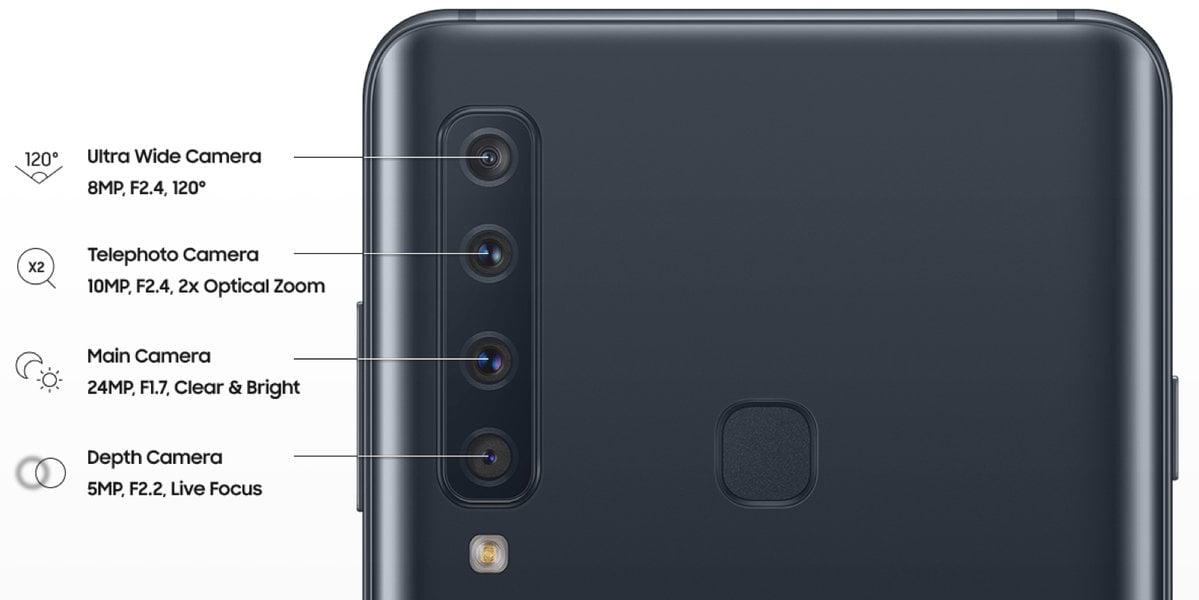 So, we have a primary shooter of 24 MP, a Depth camera of 5 MP and A telephoto lens of 10 MP and 2X optical zoom. Also, there is the 4th camera which is a wide angle shooter of 8 MP with 120-degree coverage. The wide-angle camera is a new trend which is present on flagships like Google Pixel 3XL and iPhone XS. We can also expect AI-rich features accompanying the Galaxy A9 2018.

It is worth mentioning that, Samsung is not alone in the quad-camera set-up trend. Apparently, Lenovo is also planning for a 4-camera smartphone.  The Korean OEM is holding an event on 11th October which it hints as 4X fun. So, this pretty much clarifies we will have a complete look at the Samsung Galaxy A9 2018 with its 4 rear cameras.