Recently, Samsung unveiled the company’s first triple cameras on the back side smartphone, called Samsung Galaxy A7 2018. Now, a South Korean smartphone manufacturer officially announced the world’s first smartphone that comes with four cameras on the back side, called Samsung Galaxy A9 2018. The Galaxy A9 2018 smartphone is a high-end phone and also comes with some other pretty good features, bigger display, powerful processor, the large battery inside. 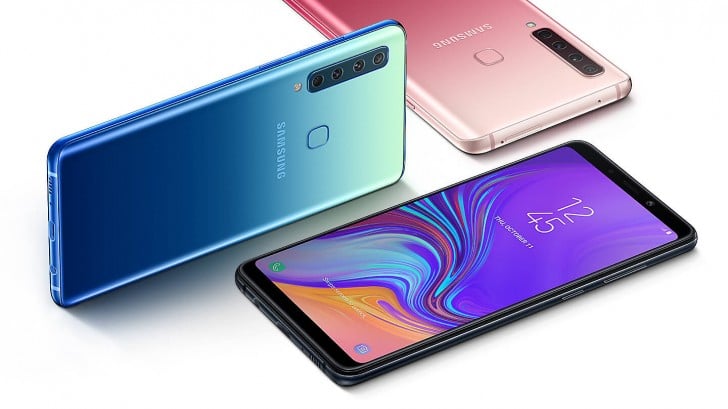 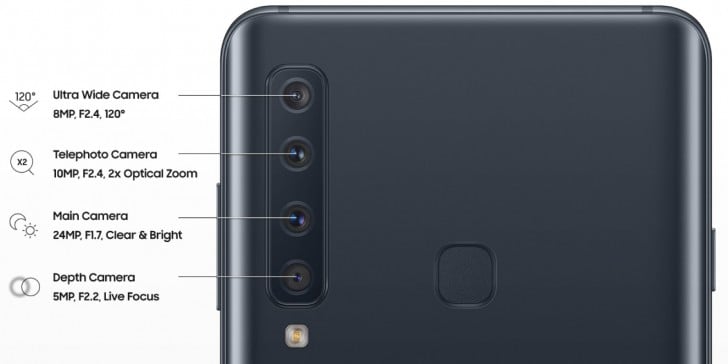 Samsung’s Galaxy A9 2018 smartphone powered by dual Quad-Core CPU under the hood, the first Quad-core CPU clocks at 2.2 GHz and the other CPU clocks at 1.8 GHz. The company announced two RAM variants of the phone. One comes with 6 GB of RAM and other has 8 GB of RAM. Both the Galaxy A9 variants have 128 GB internal storage. The phone supports micro SD card slot on board that supports up to 512 GB external storage. It has Adreno 512 GPU for better graphics option. The smartphone runs on Android 8.1 Oreo operating system out of the box along with the company’s Experience UX.

Samsung Galaxy A9 2018 phone packed with Non-removable Li-Ion 3800 mAh battery. There is a fingerprint scanner on the back side of the phone. The phone also supports face unlock feature via front-facing camera. The back panel of the phone is made by the 3D curved glass for improved ergonomics. In terms of connectivity, the phone comes with dual SIM, 4H VoLTE, Bluetooth, Wi-Fi, GPS, USB port and 3.5 mm audio jack port. The phone also has an accelerometer, gyro, proximity, compass sensors.

At the product launch event, the company has not revealed the price of the Samsung Galaxy A9 2018 smartphone. The company said that the phone will be available in select markets starting from next month. The phone will available in three color gradient options Caviar Black, Lemonade Blue and Bubblegum Pink.