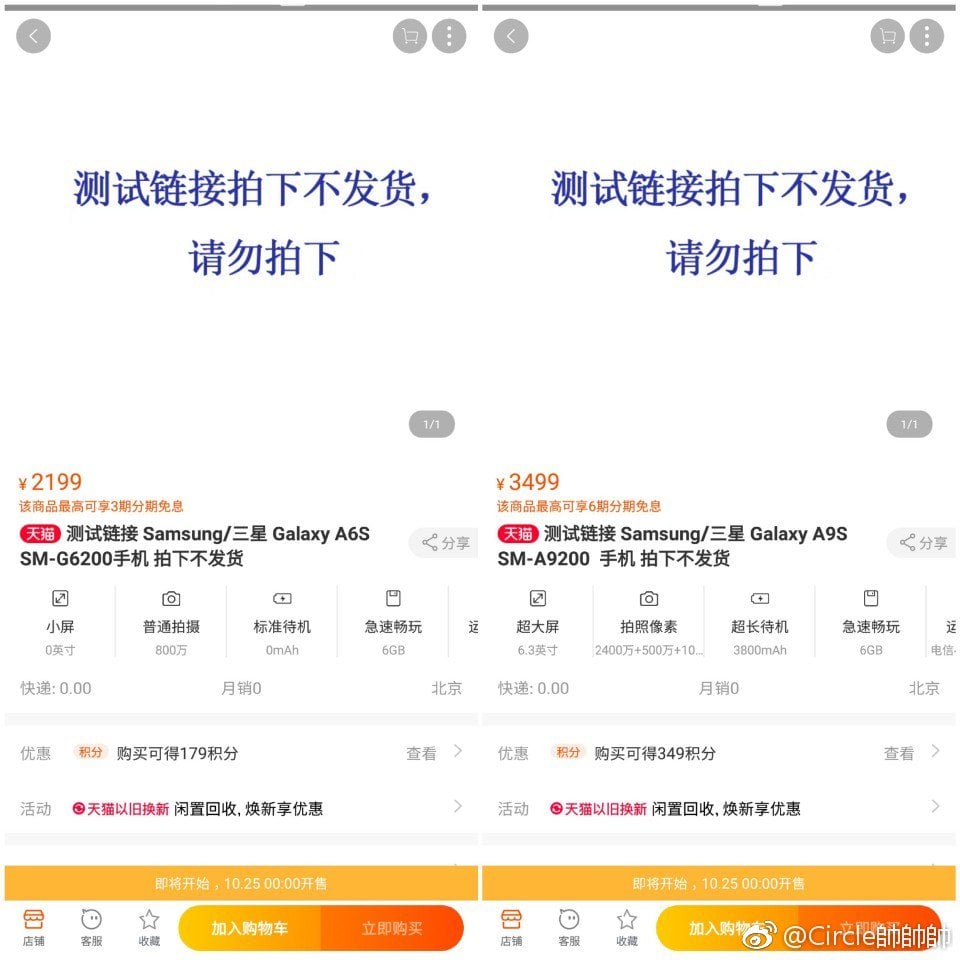 n terms of specs, the Galaxy A9s will come with 6.3-inch Super AMOLED display panel that supports 1080 x 2220 pixels of resolution. The phone will be powered by Octa-Core CPU inside which clocks at 2.2 GHz along with Qualcomm Snapdragon 660 chipset. It will have glass panels on both rear and front side with an aluminum frame. On board, the Galaxy A9s will have either 6 GB or 8 GB of RAM which coupled with 128 GB internal storage.

Samsung Galaxy A9s will come with pre-installed Android 8.1 Oreo operating system out of the box. It will also have a fingerprint scanner on the back side of the phone. It will be packed with 3,800 mAh capacity battery inside the body.

However, there are no details about the Galaxy A6s specs.