Samsung is ready to launch its revamped smartwatch flagship collection. This time around, they plan to leave no stone unturned to ensure the profits maintain a high-profit level than before. 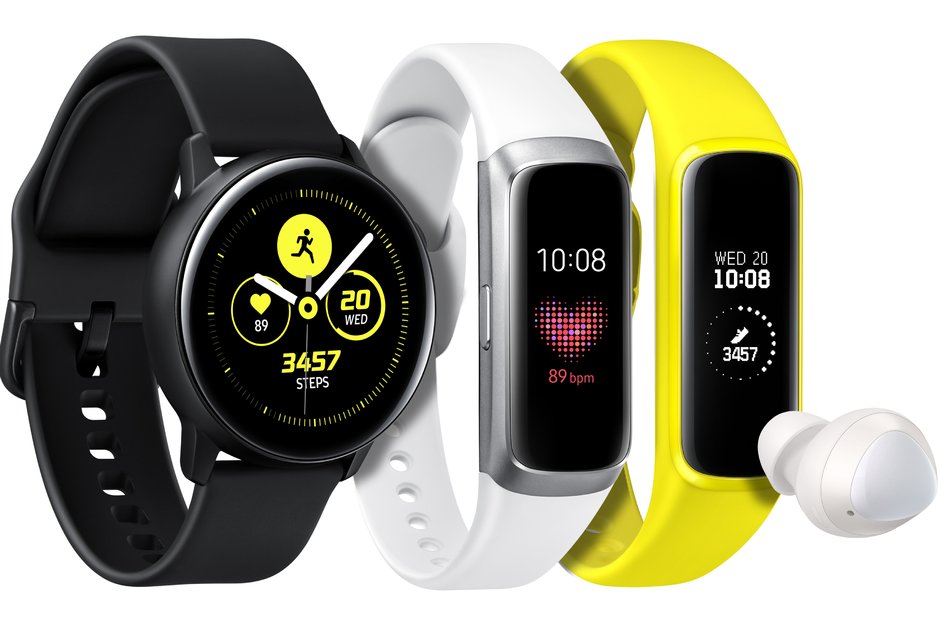 Though most of the other smartwatch tech giants (Apple the most) really aren’t interested in joining the low-margin market, Samsung seems to be highly interested in gaining more consumers instead of their previous sky-high $200 price tag that was attached with the Gear Fit 2 Pro. Yes, the Galaxy Fit is going to be a budget friendly device to take on rivals like the Xiaomi fitness, Fitbit and Garmin fitness bands.

Do you know which company took the top stand in the Q3 2018 global chart for wearable device shipments? Obviously, you said Apple, but it’s Xiaomi. Fitbit was trailing on third place with Apple hanging on at the back, though ahead of Huawei and our Samsung as well. Yes, over the past, Fitbit has gained success as a smartwatch company thanks to its biggest sellers like Ace, Charge 3 and Alta. As for the ultra-low-cost Xiaomi Mi bands, they have a large family flow in China, but this doesn’t mean a similar product can not gain the same or higher response in popularity in the West.

Now, saying similar does not mean Samsung has ripped anyone off with the Galaxy Fit concept in any way. It’s practically the same small screen, a lightweight body with barely 24 grams, strap included, some essential fitness features and a stellar battery. 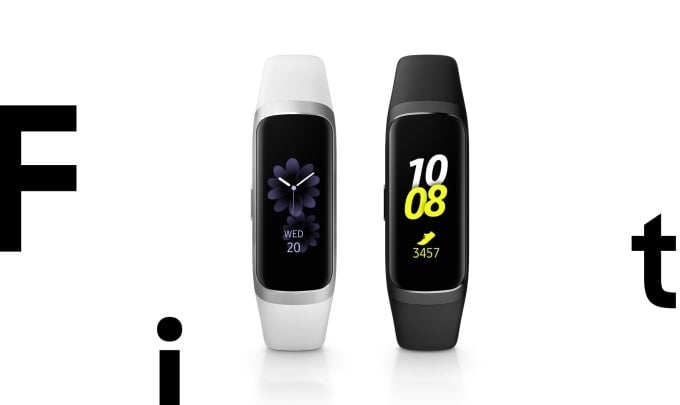 The latest Samsung Galaxy Watch will get a tick in all the essential boxes and will also get bonus points for its new paint job, which is definitely quite attractive.

From the looks, the Galaxy Fit has nothing really in common with the Gear Fit 2 Pro, but the inside features are quite the same. The reliable processor is the same so you can monitor the stats of your workout and you also get notifications from your compatible devices to the 0.95 inches full-colored AMOLED 240 x 120 pixel resolution display.

You also get to choose from 90 different activities from your Samsung Health app installed on your phone, let you know, the Galaxy Fit is also capable of tracking some of the popular workouts like running. The smartwatch is water proof and capable to go deep as 5 meters, that makes a high-five with the MIL-STD 810G standards in terms of top-notch durability.

If you think the 120mAh battery is small, fear not, as the device can run easily for several days before needing to be charged again. The most important feature of the Samsung Galaxy Fit is the heart rate monitor, which generally is considered a feature meant for high priced wearable bands. Some highlights of the Samsung device are no doubt the “smart stress management” and “enhanced sleep analysis” features.

The software or the UX is simple yet intuitive. You get alarms plus vital weather updates. Your calendar events are automatically synced from your smartphone to your smartwatch via the widget and that too without needing to access your phone.

Now, you must be pondering on the price factor. Well, the main string attached to lure in the customers is the price tag that the Fitbit Alta and Xiaomi Mi are really good at. Though, for now, its hard to say exactly how much the new smartwatch will cost and at the moment we don’t even know what exactly happened to the Galaxy Fit e that was recently seen in a leak online, as it’s not been mentioned in the latest Samsung official press release. Nevertheless, its presence is still in the air as talks of a thin lightweight water resistant device is still flying around.

Back to the price of our show stopper- the Galaxy Fit expected to come out during the Q2 in 2019 should carry a price tag of $100.