Samsung has a very clear and transparent update policy where it guarantees 2 major OS updates for its devices. Well, there are other OEMs like OnePlus and Google, that are a step ahead in terms of this, and provides three or more than three OS updates for its devices. However, guaranteed two major OS updates are a good feat and it seems like the Galaxy J4 is going to make use of it very soon. Because as per a new report from Samsung Turkey, the stable Android 10 (One UI 2.0) update will be making its way onto Samsung Galaxy J4 between August and September 2020.

Moreover, taking a cue from the report, currently, the Android 10 (One UI 2.0) update is in the testing phase. Android 10 update would be the Galaxy J4’s last and final update from the OEM, and then users who would still be hanging on with the phone would have to rely on third-party custom ROMs for enjoying new Android features. For specs buff, Galaxy J4 was launched back in 2018 and is powered by Exynos 7570 coupled with 2/3 GB of RAM, a 3,000 mAh battery, and 16/32 GB of onboard storage. It sports a 5.5-inch Super AMOLED display and a single rear camera setup.

If we have to believe Samsung Turkey, then as per our speculation this update will initially be pushed for the European markets and later on will be made available for other regions. As far as One UI 2.0 features are concerned, users will experience new navigation gestures, new animations, dark mode, redesigned volume controls, built-in screen recorder, improved face recognition, revamped UI, camera UI changes, and much more. Keeping in mind the huge portfolio of Android devices under its belt, Samsung has to pace up its Android 10 rollout game to call the process complete because it will have to shift over and join the Android 11 bandwagon once, it is made live by Google somewhere in September. 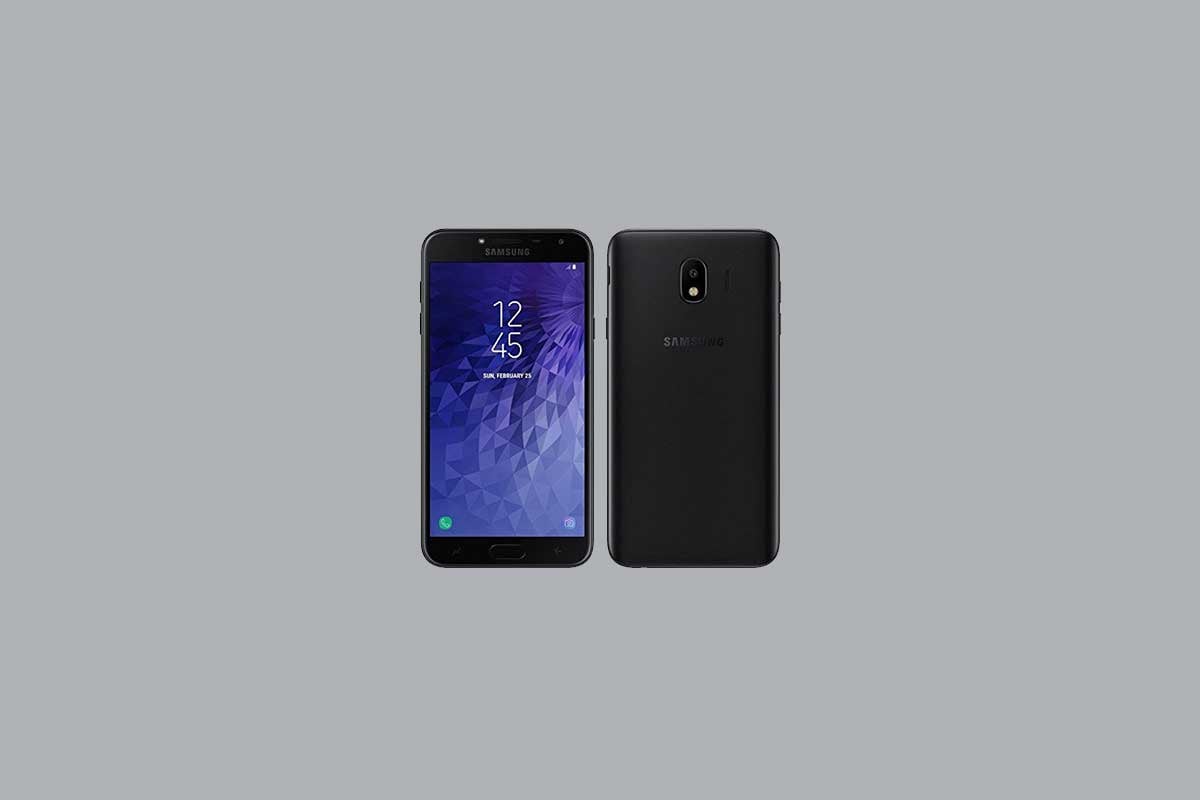 Though there is no information about when the Samsung Galaxy J4 Android 10 will release officially. But we can expect to know more about One UI 2.0 at the Samsung Developer Conference at the end of October 2019. You will more details of leaked One UI 2.0 features or first look.

Samsung Galaxy J4 sports a 5.5 inches Super AMOLED display with a screen resolution of 720 x 1280 pixels. It is powered by 1.4 GHz Cortex-A53 Quad-core Exynos 7570 Quad (14 nm). The device packs 16GB  internal storage and 2GB of RAM. There is 256GB expandable memory support. The camera on this device sports a single camera 13 MP with an aperture f/1.9 and a 5 MP shooter for selfies. The Samsung Galaxy J4 runs Android 8.0 Oreo and backed by a Li-Ion 3000 mAh battery.