Unlike previous years, Samsung brought in not one but two Galaxy Note devices back in 2019 i.e. the Galaxy Note 10 and Note 10 Plus. Both the devices come with Android 9 Pie out of the box. Talking about the Galaxy Note 10 Plus packs in features like Snapdragon 855 or Exynos 9825, with 12GB of RAM, a 4300 mAh battery and a 6.8-inch display. In the camera department, it packs in the quad-camera setup with 12MP primary lens and in the front, you get a 10 MP selfie shooter housed under the punch-hole display. It supports Fast battery charging 45W and Reverses wireless charging 9W.

And ever since the launch of Android 10 by Google, Samsung has pushed in several beta One UI 2.0 (Android 10) updates for the Galaxy Note 10 Plus device. In fact, Samsung which is not known for the speedy delivery of updates have beaten quite a few top brands in this department and has made the firmware and security patches available even before Google itself. Since the device has been served with the Android 10 update, in this post, we will guide you on how to install Samsung Galaxy Note 10 Plus Android 10 with OneUI 2.0 update. So, without any further ado, let us get straight into the article itself: 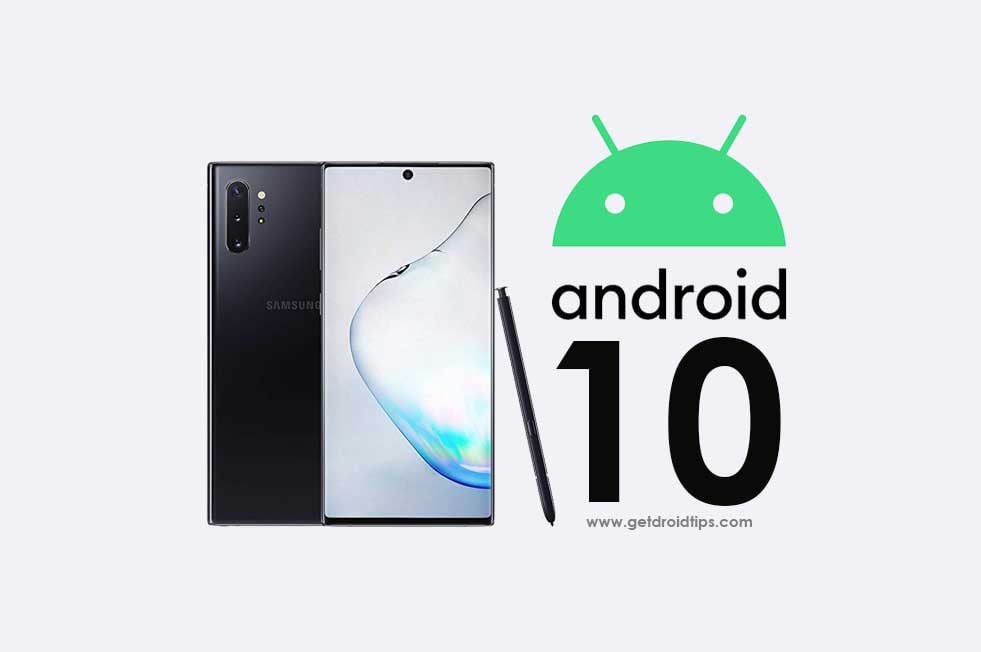 Steps to Install Samsung Galaxy Note 10 Plus Android 10 with One UI 2.0

Make sure to download the pre-required files and drivers on your PC. Follow the step by step guide to successfully flash the Galaxy Note 10 Plus Android 10 with One UI 2.0.

Below are both the methods via which you can install the One UI 2.0 based on Android 10 update on your Galaxy Note 10 Plus.