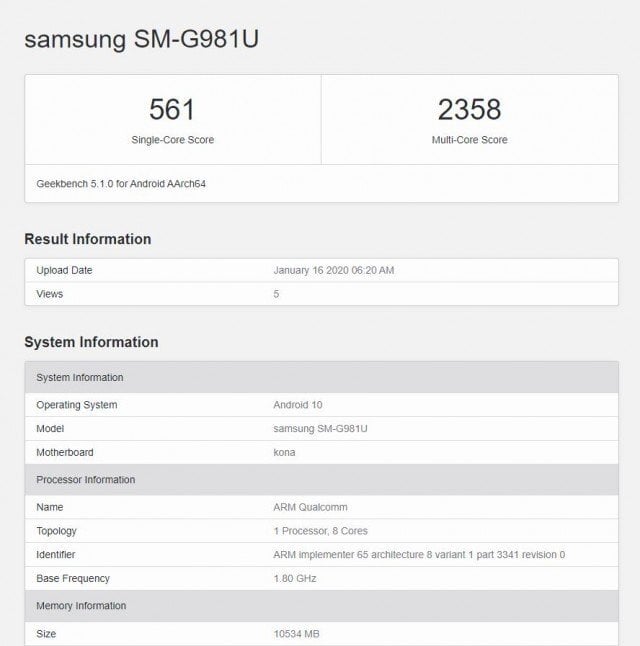 As per the listing, the smartphone has the model number “SM-G981U” and this device will be the cheapest phone among the other. While before, everyone thought the smallest phone would be the Galaxy S11e. Everyone was surprised by the naming when Samsung announced that the upcoming series will be named as Galaxy S’20’ instead of Galaxy S11.

The GeekBench listing of Samsung Galaxy S20 5G shows that it scores 561 in the Single-Core scores and 2358 in the Multi-Core scores. Further, the listing also shows that the smartphone will run on Android 10 and it will have 12GB of RAM. We expect the device to come with OneUi 2.0 which is based on Android 10.

In the motherboard field in GeekBench listing it mentions as “Kona” which is the codename of Qualcomm Snapdragon 865. But as usual, some markets will have the S20 5G coupled with the in-house Exynos 990 chipset.

Samsung Galaxy S20; What We Know So Far!

Famous tipster @OnLeaks released the CAD renders of the upcoming Samsung Galaxy S20. The device comes with a centered punch-hole display and a rectangular camera setup to the back. The device will reportedly sport a 6.7-inch AMOLED display. There are reports that the screen may offer up to 120Hz screen refresh rate. But if the resolution increases it may have the 60Hz screen. The screen will also contain the ultrasonic in-display fingerprint sensor. 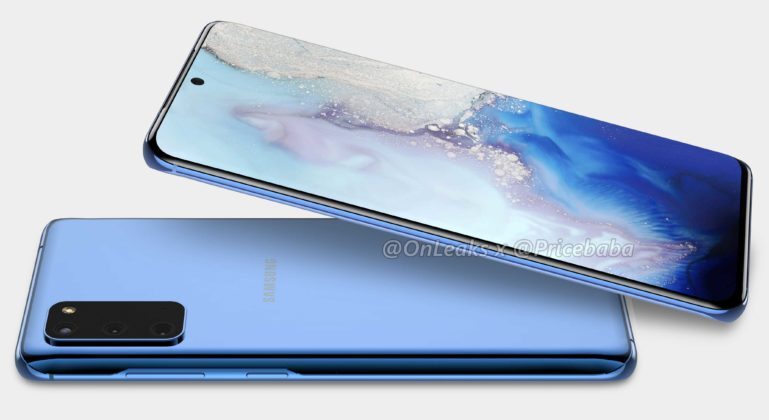 The quad-camera setup includes a 12MP primary sensor which couples with a secondary 64MP telephoto lens and finally a 12MP ultrawide sensor. The fourth sensor will be the 3D Depth sensor i.e. ToF (Time of Flight) sensor. The phone will not have a headphone jack. The device packs a 4,000 mAh battery with support for 25W fast charging. Earlier the 3C certification has already revealed that the Galaxy S20 5G will come with a 25W charger.