After announcing the three years of consistent major Android OS updates for its higher-end models this year, Samsung has started pushing the One UI 3.0 Early Beta update for the testing purposes of the new features and stability. Apart from the Galaxy S20 series, the Galaxy Note 20 series, Galaxy Z Fold 2, and Galaxy Z Flip also in the queue to get the One UI 3.0 pre-beta 2 updates soon. Now, if you’re also one of the Samsung Galaxy Z Flip users then you should check out the Android 11 (One UI 3.0) Update Tracker here.

The best part is that Galaxy Z Flip users will gonna taste early Android 11 than the Galaxy Z Flip 5G users. Yes! You heard it right. There is no Android 11 development yet for the Z Flip 5G model. Talking about the Galaxy Z Flip variant, it has been launched in February 2020 having Android 10 (One UI 2.5) preloaded. Needless to say that it’s one of the foldable flagship devices from Samsung and enriched with top-notch specs.

Google has first-ever rolled out the Android 11 Developer Preview build for a couple of compatible devices in early this year (2020) and then a batch of DP updates as well as the Public Beta updates, later on, finished the line to the stable version in September. As this is a successor version of the last year’s Android 10, it has plenty of new features, system improvements, fixes stability issues, improves privacy & security concerns, much-improved user interface, other visual elements, and more. Now, let’s take a quick look at the features below. 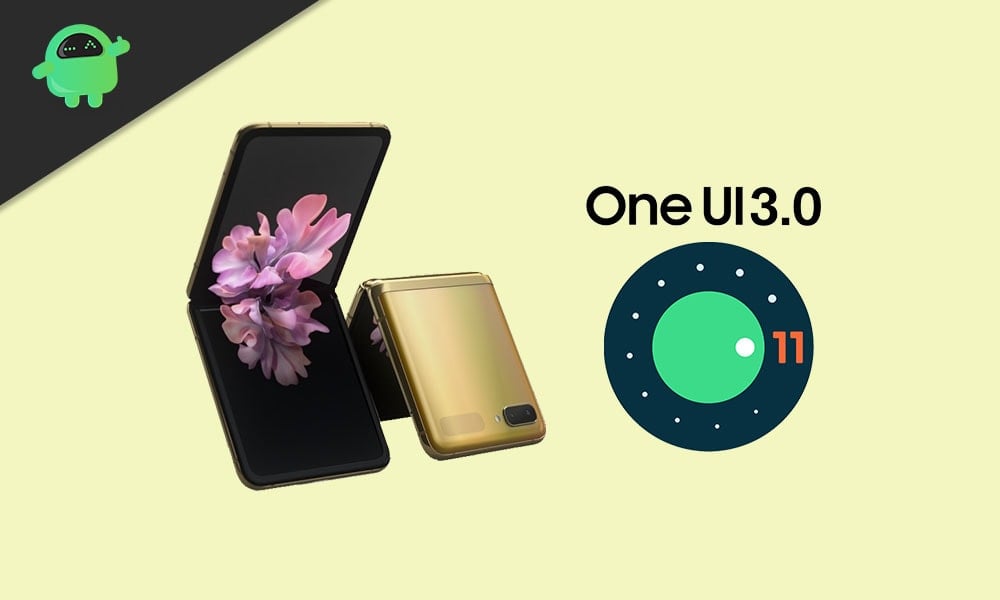 As the name suggests, the One UI 3.0 (Android 11) is the successor version of the previous generation One UI 2.0 which was based on Android 10. One thing we need to mention that the One UI 3.0 skin brings all the native Android 11 features apart from some exclusive functions. Currently, Samsung has officially started pushing the early beta builds for testing purposes to its enlisted devices like Galaxy S10 Lite, Galaxy S20 Series, Galaxy Note 20 series, Galaxy Z Flip, Galaxy Z Fold 2, etc.

Now, talking about the One UI 3.0 changes or features, each and every aspect of the visual elements including the accessibility, stock apps, Bixby, etc has been improved a lot.

Here we’ve shared the features below.

Call and text on other devices

Updated on December 30, 2020: Today Samsung finally rolled the One UI 3.0 based on Android 11 for the Galaxy Z Flip globally with build number F700FXXU3CTLA. The update brings no major UI changes apart from some new features and improvements.

Updated on December 19, 2020: This time Samsung has released another new One UI 3.0 beta update for the Galaxy Z Flip LTE variant which is considered to be the fifth one. So, the new update brings a ZTL8 build number with a couple of improvements to the system which has been shared by a user on the Samsung Forum.

Meanwhile, some of the reports are also coming out that the Verizon Galaxy Note 20 and Note 20 Ultra models have literally started receiving the One UI 3.0 beta update based on Android 11 in the USA.

Additionally, the Vodafone (VD2) Samsung Galaxy S20 Plus variant has also received the One UI 3.0 update based on Android 11 in Germany. So, the respective users can check for the OTA updates manually if not notified for a while.

Updated on Nov 24, 2020: Samsung has resumed its One UI 3.0 Beta program again after halted for a while to fix performance issues caused by battery draining. It’s better late than never and luckily the update has started again arriving for the 5G and LTE variants of the Samsung Galaxy Z Flip model that has been reported from the Samsung Members app.

Although the testing has been resumed in South Korea only as of now, it wouldn’t take much time to arrive in other regions via batches.

Today Samsung rolled the November 2020 security patch to Galaxy Z Flip globally with software version F700FXXS3BTK1. The update is still based on Android 10.

According to the Samsung Care Ambassador on Twitter, the One UI 3 Pre-beta 2 is on its way and Samsung is working really hard on these builds to push updates faster.

OneUI 3 Pre-beta 2 is coming real soon. Samsung is working super hard on these builds like never before.

Although there is nothing much information available right now about the One UI 3.0 Pre-beta 2 update, we can see that the OEM is aggressively heading towards the full-fledged release of the One UI 3.0 based on Android 11. Another icing on the cake part is that flagship Galaxy devices will receive three major Android OS updates and so the Galaxy Z Flip.

We will keep updating this article with all the latest and necessary info. So, bookmark this page and stay tuned with us. If you’ve any queries, feel free to comment below.