The 12-player, class-based free-to-play third-person shooting game from Amazon Game Studio, Crucible, was released this week on the 20th of May. It has already been receiving mostly positive reviews for its incredible graphics and creative style of gameplay that encourages every player to try their hands in these proceedings freely. These further contribute to helping their own team win the missions. Moreover, there are a total of ten different playable characters available in the game. Obviously, every serious player needs to properly understand their strengths and weaknesses effectively, in order to make the best use of them. Our today’s guide will feature Sazan along with her abilities and upgrades.

One of the most exciting characters in Crucible is Sazan. A former Utility soldier with extraordinary first-hand experience with weapons and tools, she is no stranger to the demands of lethal combat. Afflicted with PTSD following a seemingly nondescript mission going sideways, she suffered amnesia and was haunted for long by nightmares. Her goal is to find out more about that fateful day, and what made things go so wrong. Wielding an electro-knife, an inertia gun, and a shotgun, she can make even hardened opponents flee for their lives. Let’s take a look at this impressive character and her abilities in the scintillating world of Crucible. 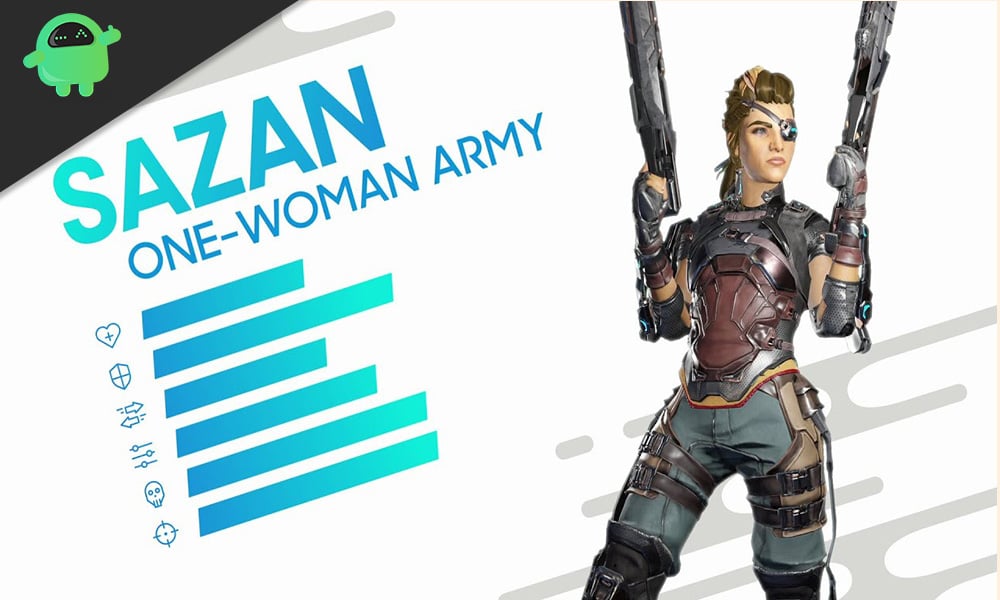 How to Play Sazan in Crucible: Abilities and Upgrades

Now we will discuss the abilities and upgrades of Sazan in the game along with some tips and tricks that will help you unlock her full potential.

Sazan possesses three primary weapons, which only reload when they aren’t being fired. You need to learn how to swap between them in order to use her abilities.

All of her three weapons will receive a passive ability.

That’s it. We hope you have a wonderful experience stepping into the shoes of the valiant Sazan in Crucible. Further, if you liked this guide, then you will surely love to read our best iPhone Tips and Tricks, PC tips and tricks, Games and Android Tips and Tricks. You can also subscribe to our very own YouTube Channel and participate in the $150 giveaway contest. However, if you have any doubts or feedback, do comment down below with your name and e-mail ID. Thank you!