A few days ago, a Chinese smartphone company officially confirmed for its upcoming product launch event on August 20 in Cadillac Center in Beijing. There was no information on which product company will unveil. There were speculations that the company may unveil the successor of the last year Nut Pro 2, called Smartisan Nut Pro 2S. The specs of the phone already leaked several times online. Now the company released a new teaser to promote the feature of the phone.

According to the latest promo teaser, the Nut Pro 2S will come with super fast autofocus. It will help users to take clear pictures of fast moving subjects. You will get blur-free images.

Apart from this, a live image of the Smartisan Nut Pro 2S leaked online. The leaked image shows the blue color variant of the phone which was never used by the company. The company used the glass back panel and there is a fingerprint scanner to along with hammer logo. There are dual camera sensors on the back side, the main camera is much bigger than the secondary camera. Previously, the company used the red color line that runs around the frame in previous phones, now its swapped for gold. 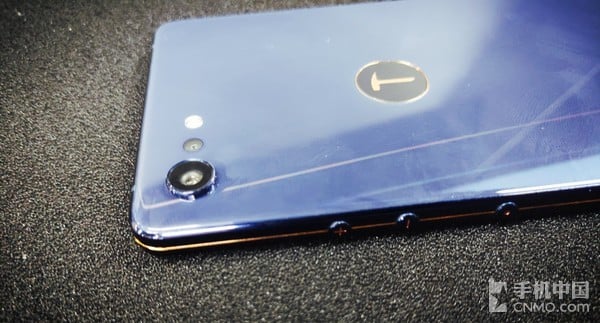 However, there are no details about the specs of the Smartisan Nut Pro 2S. According to the recent past rumors, the Nut Pro 2S expected to come with a 5.99-inch display which supports trending 18:9 aspect ratio. There are speculations that the phone will have the same camera’s configuration. The dual camera sensors on the back side, 12-megapixel main camera and 5-megapixel secondary camera. On the front side, there is the 16-megapixel camera for selfies and video calls.

Smartisan Nut Pro 2S will run on Android 8.1 Oreo operating system out of the box. It expected to come with 6 GB of RAM and 64 GB internal storage on board. Unfortunately, there is a word about the exact size of the battery capacity inside the body, but it may have 18W fast charging charger support.