Unlike smartphones, television sets are considered to be a long-term investment for most users. Typically, televisions are kept for over five years depending on the model and its features. And those who still have the Sony Bravia Smart TV from 2015, are in for a treat. The company has now released a new update that brings a host of new features to the Sony Bravia 2015 model.

This new update comes in the form of the Android TV 8.0 and is now available for users to download. Several 2015 Sony Bravia smart TV owners have shared this news on Reddit. The Bravia models from 2015 launched with Android 5.0 Lollipop on board. Therefore, it’s good to see the Android 8.0 update make its way over to the TV, albeit, a bit late. 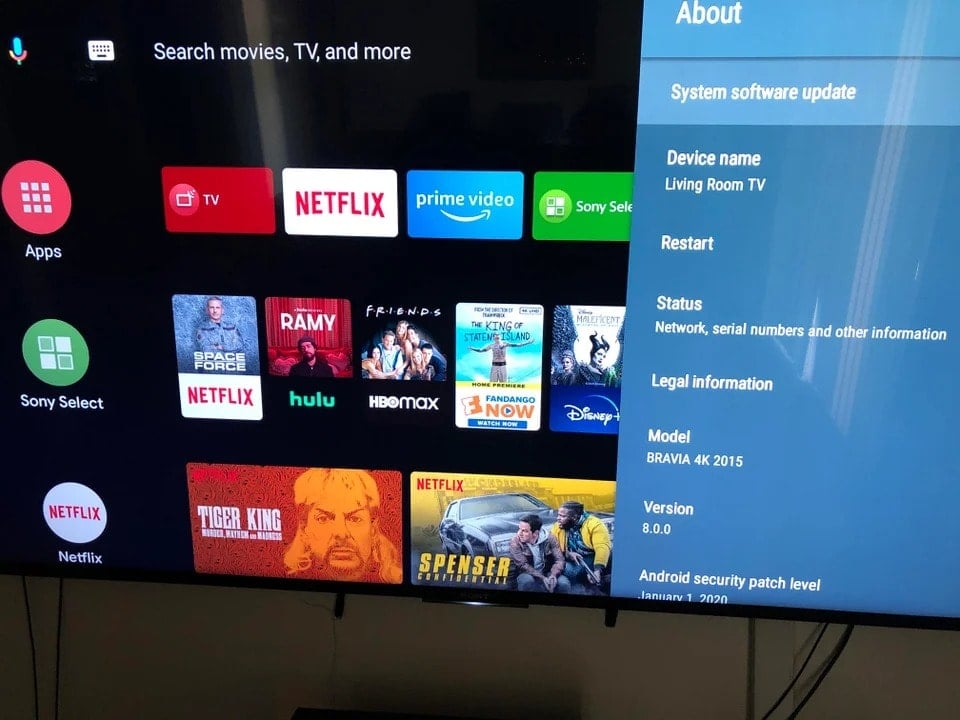 The new update carries the following firmware version — v6.827. It has been released for Sony Bravia TVs in the Asia Pacific region. Not only does the new update bring along some features, but it has also brought the January 2020 security patch. Thus, your Sony Bravia 2015 model will now be a tad more secure than before. For reference, the latest Android TV version is 10.0 and it’s released back in December 2019. Nonetheless, we’ve listed the entire changelog of the Android TV 8.0 update for Sony Bravia TVs from 2015 below:

The following features/issues will be added, improved or resolved after updating to Android™ 8.0 Oreo™:

The following features will be removed after updating to this software:

These are all the new features you will see and some of the features that will be removed once you update to the latest version. To manually install the update, you will have to visit Sony’s support page. Early feedback from users indicates that the new update has also improved the overall performance.