In this tutorial, we will guide you on how to flash the firmware file on your BLU U851. The device came out of the box with an Android 9.0 Pie under the hood Spreadtrum processor.

To flash the firmware, we are using the popular Spreadtrum supported software called SPD Flash Tool also known as Spreadtrum flash tool in order to flash the firmware file. Make sure that you follow all the steps carefully in order to increase the success percentage. With that being clear, that being said, let us take a look at how to flash stock firmware on BLU U851. Should we? 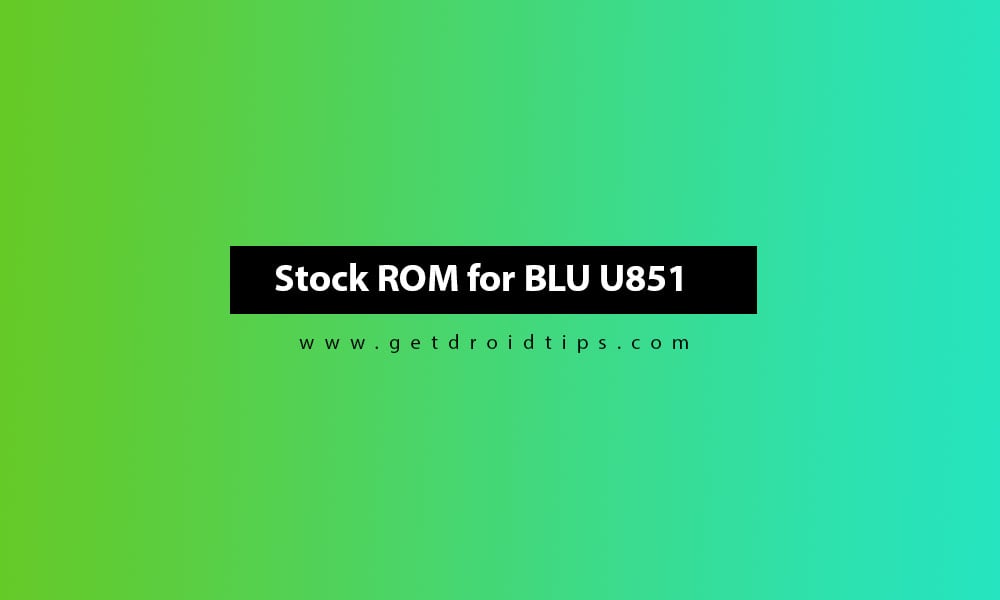 This GetDroidTips’ guide on how to install firmware flash files on BLU U851 is written in a beginner-friendly language. This means that it does not matter if you are an experienced Android user or a newbie. You will be able to follow the guide easily. What you do need to do is download all the prerequisites correctly and most importantly follow all the steps correctly.

Now, in order to fix any major software issues on your BLU U851, you need to flash the Stock ROM again. This brings the device back to the factory defaults. Therefore, there are no bugs and issues. With that being said, let us now take a look at some of the advantages of installing the firmware file on BLU U851. Should we?

The Advantage Of Stock ROM:

Steps to Install Stock Firmware on BLU U851:

Instructions to Install on BLU U851:

So that’s it guys, this was our take on how to flash firmware flie on BLU U851. We hope that you found this guide useful. Just in case, if you still have some queries, then feel free to leave them in the comments section down below.