Android smartphones are loved by a lot of users around the world. For a lot of users around the globe, Android is the final name when it comes to smartphones. The reason behind the victory of Android is nothing but the ability to multitask easily. Today there are a lot of things that can be done with Android devices by using a lot of Apps which are easily accessible from Google’s own Play store. One kind of apps which every Android users love is with no doubt games. The Google play services have always given importance to games and there have been quite a few games which got the classic title. And now the world famous mobile game, the Subway Surfers became the first game to hit a billion downloads in Google Playstore. 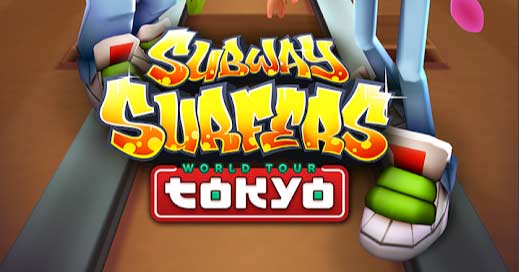 Today most of the Android smartphones from various smartphones are developed with gaming in mind. There are devices with high-end graphical configuration. Many devices even come with an individual GPU inbuilt. There have also been gaming Android smartphones released by some companies. This clearly shows the extent of gaming usage of Android smartphones today. But in many cases, simply games have got more popular than high-end graphics games among the mainstream Android users. Subway Surfers is with no doubt one such simple yet entertaining game which got popular among users around the globe.

The Subway Surfers game was released in the Google Playstore back in 2012. From the time of launch, the game was making quite a good buzz among Android users. The game is simple but entertaining with different hurdles and an infinite number of levels. And 6 years after the most popular game in the Android history made the first ever game to reach the 1 billion downloads in Google Playstore. The development team has been giving constant updates for the games which improved the game over time and made it serve as the favorite of users even now. Reports says that 20 million users around the globe still play this game daily.