How to Get Summer Shells in Animal Crossing: New Horizons 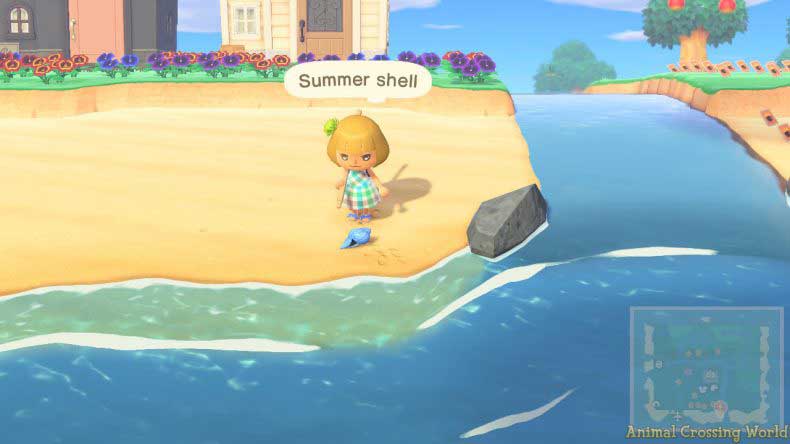 Get Summer Shells from Friends

Another way to get to a season where the Summer Shells appear naturally is by time traveling. This is done by changing the date on the Nintendo Switch to any day in June, July, August, December, January, or February.

How to Get Summer Shell DIY recipes

You will be hearing from Isabelle during the morning announcements made at the beginning of Summer Season. This happens to be June in the Northern Hemisphere and December in the Southern. The morning announcements will include all the details about new crafting materials and the recipes. Your NookPhone will receive the recipe for the Shell Wreath DIY crafting recipe. These announcements usually happen when there aren’t any other major things on the island. Isabelle will send out the recipes if there aren’t any important things to talk about.

The Balloon Presents during Summer will provide players with a chance to collect a Summer Shell DIY recipe. These balloons would be flying in the sky and sometimes drop the recipes. You could also shoot down the balloons and perhaps get lucky. You can also trade duplicate items and get some money for it. These items can be traded with folks who’re playing in the other hemisphere.

There are a couple of tips to hunt down these balloons, and one of them is that they always use the same patch to fly across the island.  They usually fly during the afternoon or morning, but sometimes in the evenings at 6 PM, the wind direction will change. It is best that you hang out near the beach and look for the balloons traveling to your island. There are several ways to pass the time, and hopefully, you’ll get some recipes.  The balloons can also spawn at 5-minute intervals, so it’s best to keep this in mind while hunting them down.

You’re going to need 2 Giant Clam and a total of 6 Summer Shell to craft the Shellfish Pochette.

For the Starry-Sands Flooring, you will require 3 Summer Shell, and 1 Sandy-Beach Flooring, which can be crafted using one each of Coral, Sand Dollar, Sea Snail, Giant Clam, and Venus Comb.

The Tropical Vista requires 5 Summer Shell material to be crafted.

If you’d like to craft the Underwater Flooring, then you’re going to require 3 Summer Shell and 3 Coral.

To craft an Underwater Wall, make sure you have 3 of Summer Shell and 5 Coral.

Finally, if you would like to craft Water Flooring, then you’re going to require 6 Summer Shell.

And there you are. Those were all the items that you can craft with the collected Summer Shell. We hope the guide has helped you learn how to get Summer Shell DIY recipes in Animal Crossing: New Horizons. As always, if you’ve got any doubts, please use the comments section below, and we will try to help.