Amidst all the ruckus regarding Samsung’s Android Pie rollout for its flagship phones, it seems the Tablet range of Samsung has fallen behind. We have always noticed Samsung’s flagship high-end smartphones get the first attention when it comes to bringing the latest system update to the device. With that said, it’s a common scenario that Samsung tablets are one generation behind when it comes to Android OS versions. Usually, if a device stays more than 2 years in the market, it’s highly unlikely that it will receive a system based OS update. However, Samsung is kind enough and surprisingly it is currently rolling out a system upgrade for 2016 Galaxy Tab A. Android 8.1 Oreo for Galaxy Tab A is now making its round in the United Arab Emirates with the build number P585JXU3CRK3. 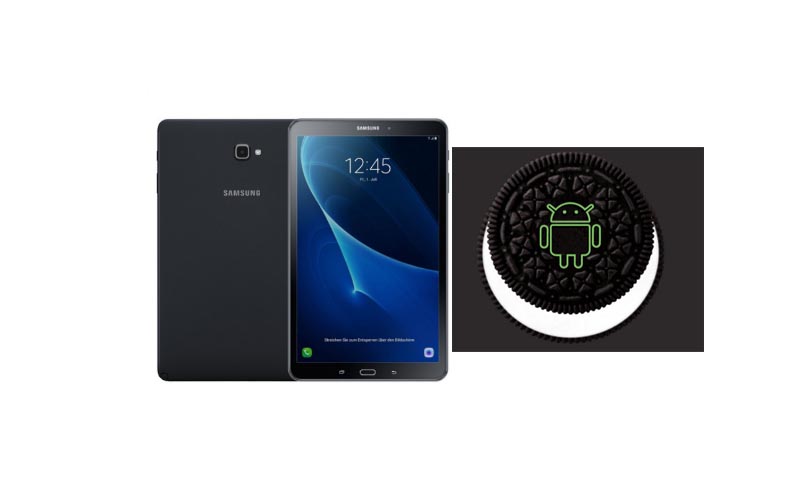 Though the 2016’s Galaxy Tab will enjoy a system upgrade to Android 8.1 Oreo, it’s still lagging behind in terms of security patch update. With the latest system upgrade, the device is getting the November 2018 security update which is quite old. However, with Android 8.1 Oreo, users will experience new features such as Autofill API, new emojis, ambient display, new Power menu, dark theme, Picture-in-Picture mode, and Notification dots etc.

The new system update P585JXU3CRK3 is available to download via OTA and you can also download and install it manually through a flash tool. In this post, we have provided the guide to do both. Check it out and enjoy new Android 8.1 Oreo on your device.

Usually, the Android 8.1 Oreo update is rolling over-the-air and will knock into your device depending upon your geographical location. This is an automatic process where the OTA will drop into the device on its own. However, sometimes the update may not show up on your device in time. If that happens you can search and capture the 8.1 Oreo update manually.

To do it, go to your device Settings > System Update > Tap on Check for Latest Updates. If the new software update is available it will show up with the new build number P585JXU3CRK3. Then just tap on Download to begin updating. Remember to charge up your device’s battery up to 50% or more to avoid power related issues. After the installation, you have to restart your device. The device will boot up with the new Android 8.1 Oreo onboard.

To download the OTA updates we will suggest you use a Wi-Fi network. The reason being system updates are large files so using a Wi-Fi will save your carrier data charges. Alternatively, we have also put up the Android 8.1 Oreo firmware for Galaxy Tab A. You can find the firmware download link and installation guide below.

This is a manual firmware installation method. You have to download the firmware carrying Android 8.1 Oreo and use the Odin tool to flash it on the Galaxy Tab A 2016. Below you can find the firmware download link as well as other required drivers. We have also mentioned the guide which will help you flash the firmware on your Galaxy Tab A.

Here is the download link for the firmware which packs Android 8.1 Oreo for Galaxy Tab A 2016.

Advertisements
GetDroidTips will not be responsible for any incidental bricking/damage to your device while/after installing this firmware. Follow the guide at your own discretion.

Here is the tutorial which will help you flash the latest Android 8.1 Oreo update on the Galaxy Tab A 2016.

So, that’s it, guys. If you’ve been waiting for the system upgrade on your Tab A 2016, then make sure you don’t miss the latest update. You may wait for the OTA to kick in on its own. Otherwise, you can download and flash the firmware manually to upgrade your device. Install and enjoy.