Moving on, after you successfully acquire the shotgun in Resident Evil 3 Remake, you will have to upgrade your weapon to showcase its optimal performance. One such upgrade to your shotgun is the Tactical Stock, which you can get after completing the tasks with Carlos in-game. However, getting your hands on this upgrade might not be that difficult; but it is certainly a bit tricky. So in order to get the tactical stock, there are two basic requirements that you’ll need to grasp onto. So before we divert much, let’s discuss how to get tactical stock in Resident Evil 3.

How to Get Tactical Stock in Resident Evil 3 Remake

Getting tactical stock is a bit tricky. There are a few things that you will need before you can get your hands on the tactical stock – consider this the requirements for the weapon upgrade. Two things you will need are the Red and Blue Gem. You can read this article to obtain the blue gem. 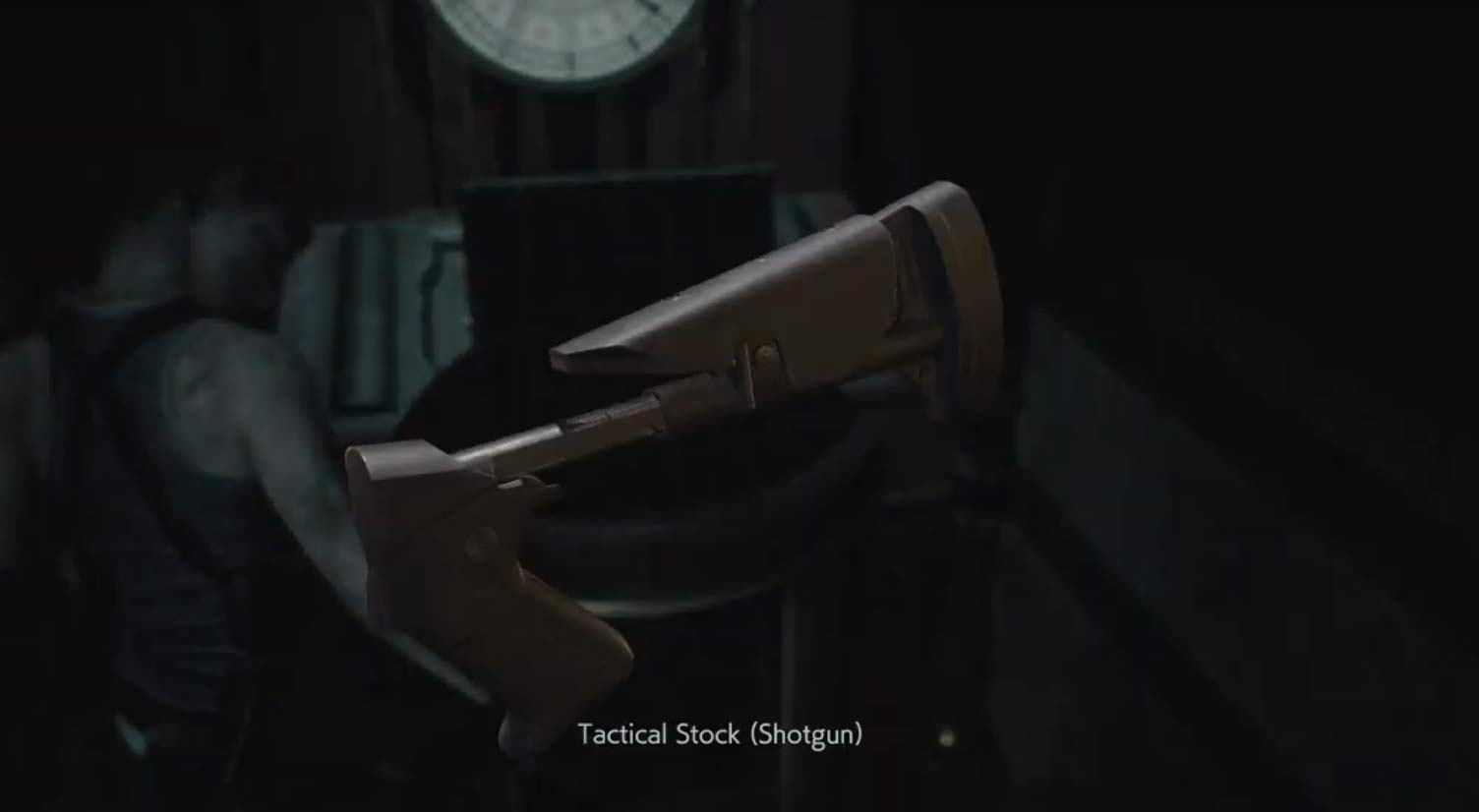 Summing up our guide, getting the tactical stock isn’t that difficult. However, it is still a tricky process as you need to get the two gems before you can proceed. Upgrading your shotgun with a tactical stock will give you more aiming precision, making it easier to hit the deadly zombies. Furthermore, there is another green gem that you can obtain. Acquiring the green gem is as well a tricky process but it gives you a Hip Pouch and two more inventory slots when you put it in the clock. You can read the guide to get the green gem here.