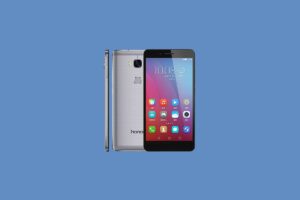 Huawei Honor 5X (kiwi) launched in October 2015. The smartphone came out of the box with Android 5.1.1 Lollipop and later upgraded to Android 6.0.1 Marshmallow. Finally, Mokee OS has started rolling for Huawei Honor 5X based on Android 9.0 Pie. Yes! The Mokee OS on Huawei Honor 5X is Cyanogenmod is one of the best featured Android Custom ROM Available for most of the Android Smartphone. It is based on Android Marshmallow. Today i will guide you on How To Install Official CM13 For Honor 5X. This is an official Cyanogenmod 13 for Honor 5X. Now you can download