Uhans is a growing smartphone manufacturing brand that is slowly and steadily carving out a space for itself in the overly saturated gadget market in China and the entire universe. The brand produces quite a number of products (read: phones) under many series with each series having their individual focus in terms of features and specifications. 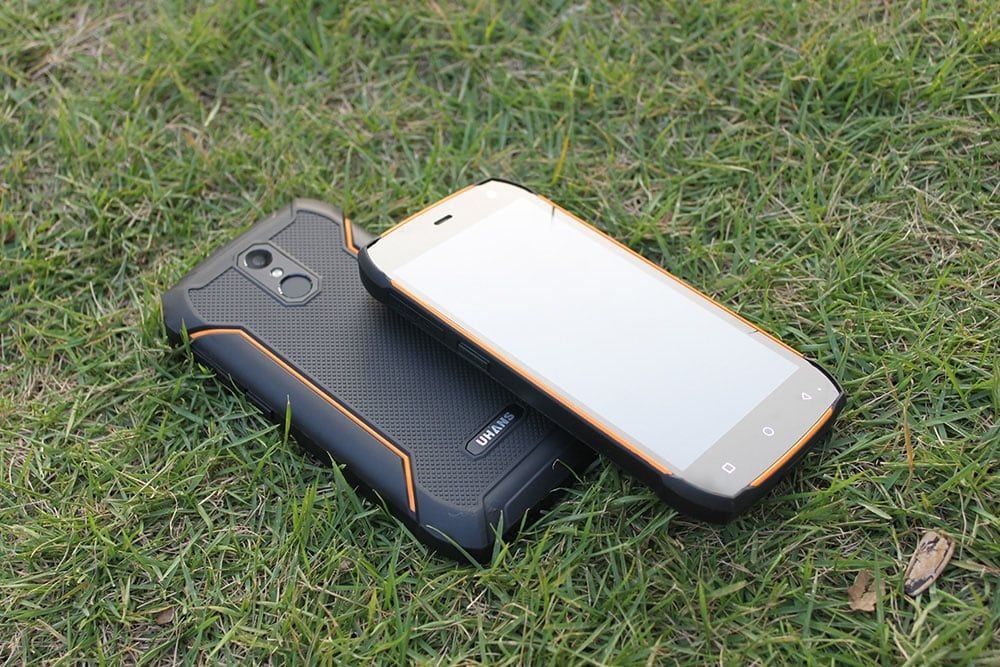 The Uhans K5000, like many rugged phones we seen in the past, really follows the somewhat boring design model. But to think of it, the device is designed with toughness, strength, and durability in mind – not much premiumness should be expected design-wise.

The Uhans K5000 is covered in a combination of thick rubber and plastic material. The back panel of the device is rough-textured which – somehow – allows for firm grip and the front is covered by the latest version of Corning Gorilla Glass to protect the 5.0-inch HD screen from shattering upon accidental fall. The Uhans K5000 is IP68 certified, meaning it is resistant to water (up to 1.5meter deep) can be used underwater for up to 30minutes. 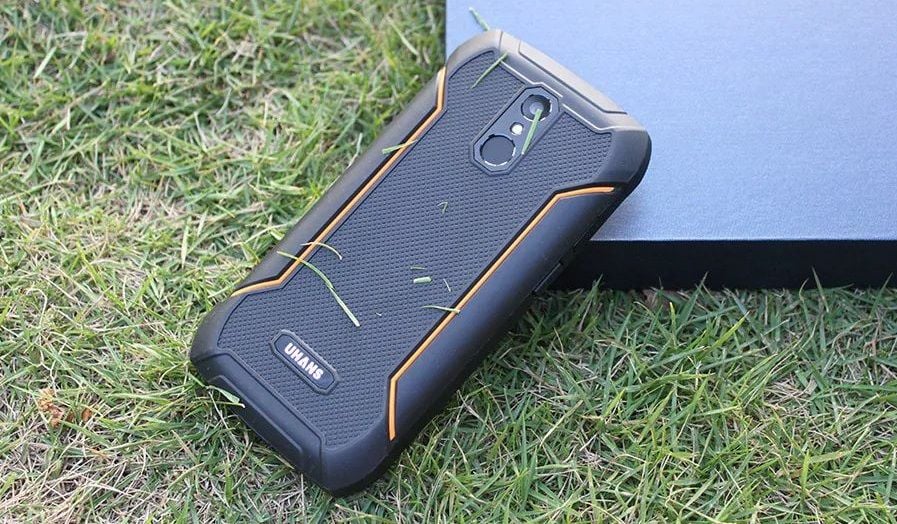 On the rear, the K5000 has a fingerprint scanner and a stunning rear camera. The camera is a 13-megapixels SONY Exmor RS CMOS sensor with properties including optical image stabilization, white balance, HDR, Autofocus etc. On the front, above the display, is a 5-megapixels sensor in charge of taking selfies.

The K5000 comes with a MediaTek 6753 SoC with eight core based in the Cortex-A53 technology and clocks up to 1.5GHz. The device also, quite surprisingly comes with 3GB of Ram and 32GB of internal built in memory. There are hundreds of budget phones out there over $100 that don’t ship with such amount of RAM. There is a dedicated micro SD card slot that can take up to 128GB of TF card. 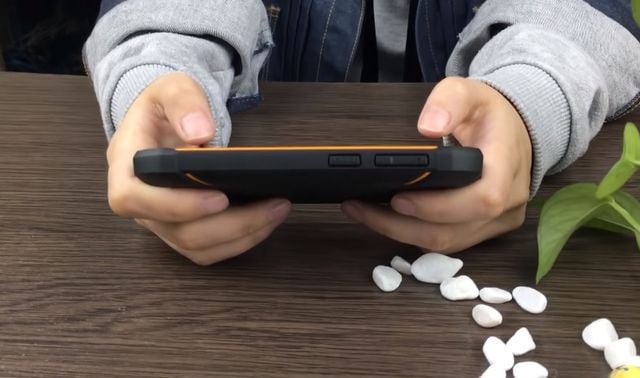 Powered by the Android Nougat operating system, the Uhans K5000 has enough battery juice to permit more than a day of usage. The powerhouse is a 5000mAh Lithium Polymer battery with quick charge support.

The Uhans is a pretty decent budget smartphone that doubles as a rugged device and costs only $149.99 ($89.99 when you on GearBest between March 12 – March 20). Tagged as the “world’s most honest phone company” by TheVerge in 2016, Uhans is known to be a pretty honest smartphone brand with devices they churn out into the market. So you can expect to get the best out of the impressive specs of this device. HD display, IP68 waterproof and dustproof, 3GB of RAM, huge 5,000mAh battery and a fast MediaTek processor … all for $89.99. That’s worth it.